One of the greatest games in baseball history happened on the Fourth of July.

On July 4, 1905, the Philadelphia Athletics and the Boston Americans played a doubleheader at Boston’s Huntington Avenue Grounds.

Doubleheaders, in those days before stadium lights, began bright and early in the morning. 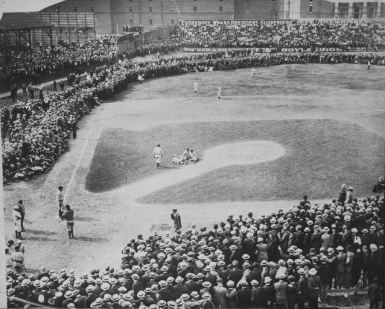 The A’s took the morning game 5-2. At some point late in the game, the A’s quirky lefty Rube Waddell came in, pitched in relief, and got a couple outs.

This would be of only passing note, except that Waddell then started the afternoon game. And, pitched a 20-inning complete game. And, won. Beating Cy Young (who also pitched all 20).

Every game your team wins is a great game. But, this really might have been the greatest.

Twenty innings pitched by two of the greatest pitchers ever.

The Baseball Bloggess: “How about that ‘the greatest baseball game on record’ happened on the Fourth of July?”

Editor/Husband: “How about that ‘the greatest baseball game on record’ was 20 innings and was over in three hours and 31 minutes?”

(The average nine-inning game these days – what with all the commercials and instant replay and batting gloves and infield shifting – hovers around the three-hour mark.)

(No one counted in those days.)

“That 20-inning game was the best game I ever pitched,” Waddell said. “But it didn’t take a feather out of me. I felt just as good after the game was over as I did during the contest.” 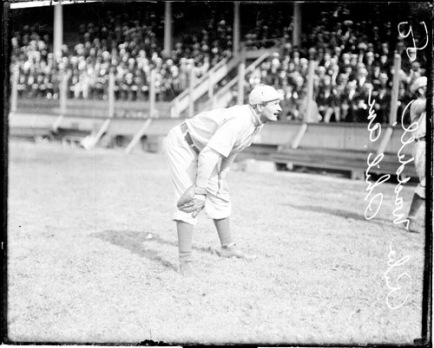 “I can’t claim that I did better work than Young,” Waddell said. “I had the luck. … The fact that it was the Fourth of July kept me going, and I guess the shooting of revolvers and the fireworks and the yelling made me pitch better.”

Fireworks, in the daytime?

Our great-grandparents were crazy (and dangerous)!

Waddell was nicknamed “Rube” because he was thought to be a little slow, a goofy, country bumpkin. Young was nicknamed “Cy” – for Cyclone – because it was said he threw fastballs so hard they would destroy the wooden grandstand walls.

Waddell loved a good drink and would skip starts to go fishing or wrestle alligators or play street games with neighborhood kids. He could become so distracted on the mound that he would just up and leave. (Fans of other teams suggested that holding a puppy up at a game would distract Waddell from his work.)

But, his pitching itself, including a powerful fastball and deceptive curve, reflected a focus and control that he lacked in other aspects of his life. On at least one occasion, he was so “on” that he shooed his outfielders out of the game and proceeded to strike out the side. 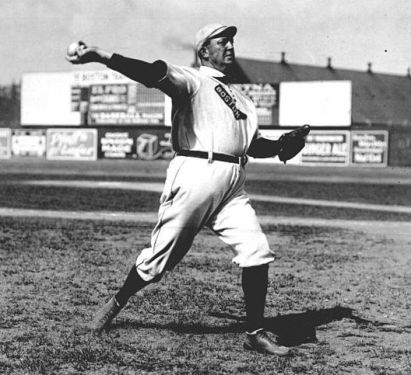 Cy Young was far less colorful, except when he pitched. He threw the first perfect game of the modern era (against, wouldn’t you know it, the A’s and Waddell in 1904) and won 511 career games, the most by any pitcher ever, which is why pitchers today vie for the Cy Young award and not the Rube Waddell award.

Here’s your 20-second 20-inning recap of that Fourth of July game.

The Americans went up 2-0 in the first. The A’s tied it up with a two-run home run in the sixth. Then, for the next 13 innings, nothing.

Finally, sometime before dark, in the 20th inning, Boston – and Young – faltered. A couple Boston errors, and a batter hit by pitch, allowed the A’s to cobble together two runs, and a victory.

Despite the loss, it was, Young said, “the greatest game of ball I ever took part in.” 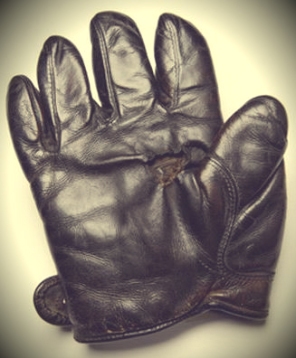 The glove Waddell used that day is in the National Baseball Hall of Fame.

Both Waddell and Young are in the National Baseball Hall of Fame.

The Boston Americans are now called the Red Sox. They are currently 38-47. Their Fourth of July game today with the Baltimore Orioles has been rained out. Doubleheader tomorrow!

Waddell went 0-for-8 at the plate in that 1905 game. Only one other player has gone 0-for-8 in a game AND gotten the win. And, it was against Boston, too.

The Orioles’ Chris Davis, the designated hitter, was moved to pitcher at the end of a 17-inning game against the Red Sox in May 2012 when the team ran out of available pitchers. He hadn’t ever pitched in the big leagues before. He pitched two scoreless innings. He got the win. He hasn’t pitched since. 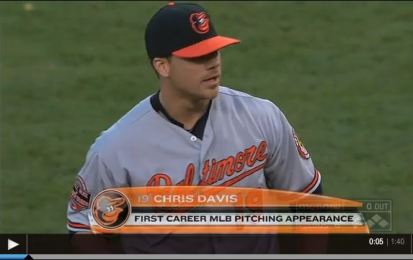