The Blue Jays … whose motto this season is “We stink, too, but nowhere near as bad as the O’s.”

I’m sure you don’t need me to tell you how awful you are. Do you?

(Not you, Adam Jones. You’re still trying. You can stop reading now. This is for everybody else …)

This may seem like uncharted territory to some of you, but really it’s not.

They were so terrible that, by the end of the season, game recaps had gone from the top of the fold in The Baltimore Sun to buried in teeny-tiny type near the bottom of the page.  Even when they won.

They were so terrible, I can’t even find a photo of them to show you. 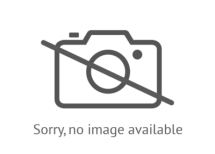 Look, they had a starting pitcher named Cobb in 1892, too. 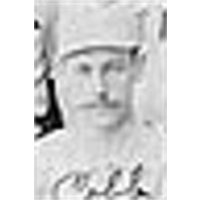 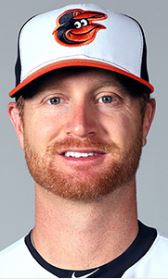 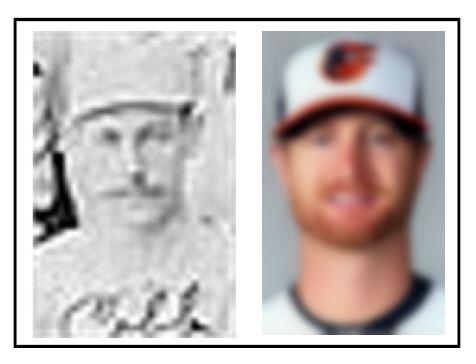 Fun Fact: The 1892 O’s bullpen included Egyptian Healy, Crazy Schmit, and Adonis Terry. Those names are the only thing fun about 1892.

That June, the Orioles announced that they would cut players’ salaries on July 1.

The O’s weren’t the only salary-cutting club that season – Philadelphia, St. Louis, pretty much every team was cutting salaries. It was a tough season and in the days before free agency and players’ unions, that’s what team owners did.

Fans had stopped going to the games. The O’s ended up playing “home” games in Pittsburgh on Memorial Day and the 4th of July because the team figured they’d make more at the gate there than at Baltimore’s Union Park. 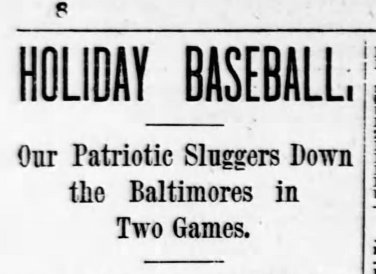 “If no other baseball teams were to visit Pittsburg but the Baltimores it is safe to say that our sluggers would be pennant winners this season.”

Cleveland just up and left in the middle of a game in Baltimore because they had other places to be. They just left.

One Orioles pitcher, Charlie Buffinton, quit rather than take the salary cut. He said he was going home to Massachusetts to work for his dad. 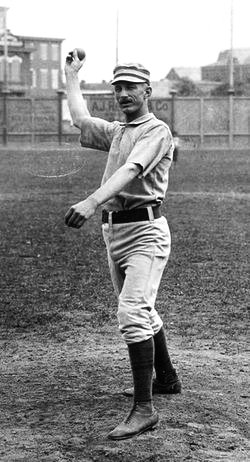 So, ballplayers were making pretty good dough for the day.

The rest of the team muddled through with their cut wages and without Charlie Buffinton. New manager Ned Hanlon – their third manager that season – began to right the ship and their second half was a little better than their first. 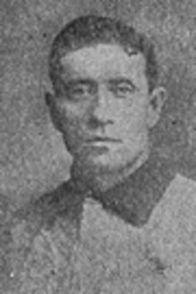 In August, Jocko Halligan, a utility guy, was kicked off the team for an altercation in a Boston hotel that led to him punching Orioles second baseman Cub Stricker in the face.

“The two men were bantering with each other in a joking manner … when Halligan arose and suddenly left the room,” The Washington Evening Star reported. “He returned in short time and Stricker said: ‘Hello! Are you back again?’ ‘Yes, I am,’ answered Halligan, and then, it is stated, he struck Stricker in the face with his fist, breaking the captain’s right cheek bone.” 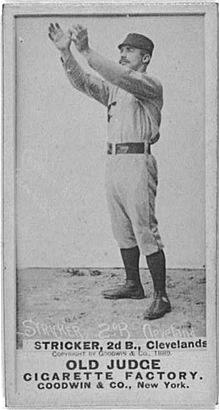 Stricker was never quite right after that.

Toward the end of the season those woefully awful Orioles won a few games here and there. But, mostly they lost.

They even lost when they didn’t play — forfeiting a game in October because they missed a train connection to Washington and arrived late.

Why am I telling you all this?

I don’t know. Not very inspiring, is it?

But, maybe it is.

Sure, you won’t win the AL East this year. Sure, the Wild Card is already wildly out of reach. Sure, you’re probably going to be terrible come September.

But, maybe not that terrible.

And, look at what became of them … just two seasons later they were the best team in baseball.

But, one game at a time, right? So, a favor to ask. Please don’t get swept by the Blue Jays today. Please. Because that would be awful.

SUNDAY GAME UPDATE: It was awful.

7 thoughts on ““How The Other Club Won A Victory From The Orioles.””