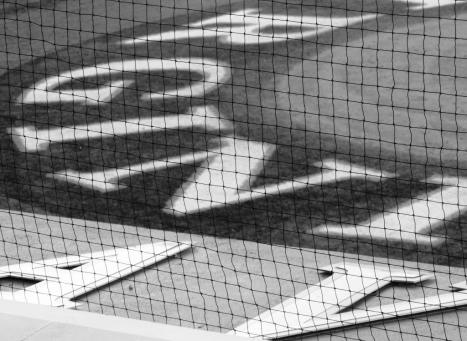 If I have my choice at a baseball game, I’ll sit as far away from the protective netting as possible.

I would love to catch a ball – fair or foul – to show off to my friends like a deer head stuck up on a wall or the ribbon you get at the fair when your pumpkin tops 200 pounds.

But, it won’t happen. Because, when I see a baseball whizzing toward me (and by “toward”, I mean anywhere, really, within eight or nine sections), I duck.

I will never reach out and grab a ball out of the sky. I will never steal the ball from an outfielder’s glove. And, by golly, Red Sox Fan Out There In The Bleachers, I will never-never-ever wrest a ball away from another fan and throw it back on the field.

So, I appreciate that someone has invented this net to protect me from a good head-wallop. But, given the choice, I’ll take my chances. Because the net gets in my way – just one more barrier between me and the field.

These past few weeks, the University of Virginia has had a fall baseball season – intrasquad games mostly. The games were quite good. But, they closed off the bleachers, because it was chilly and the fans were sparce, and they sat us all in the “good seats”. 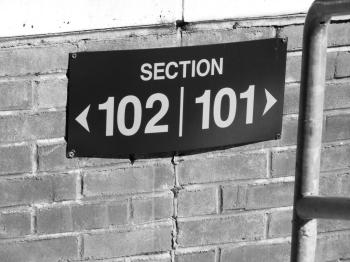 Behind that damned netting.

So, all I could do was make the net a part of the photos. More and more over the past several games, I’ve been shooting in black and white. And, I kind of like it.

How better to illustrate a history-rich, simple game? How better to show how baseball is, at its essence, black and white – you pitch, you hit, you run, you throw, you score?

How better to celebrate the true heart of the game than by stripping away all the extraneous noise?

All that’s left is black and white. 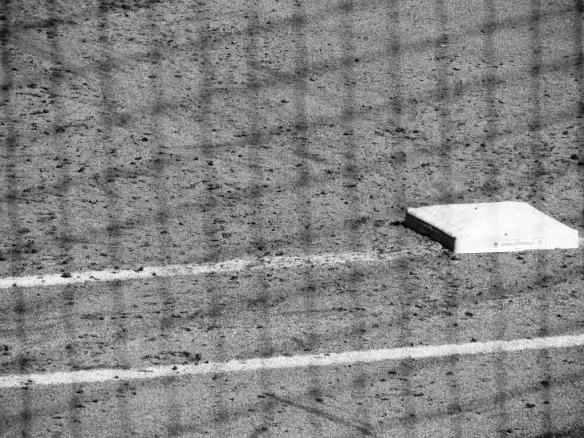 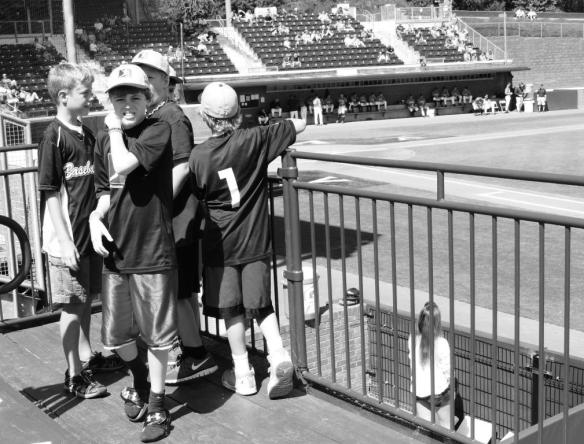