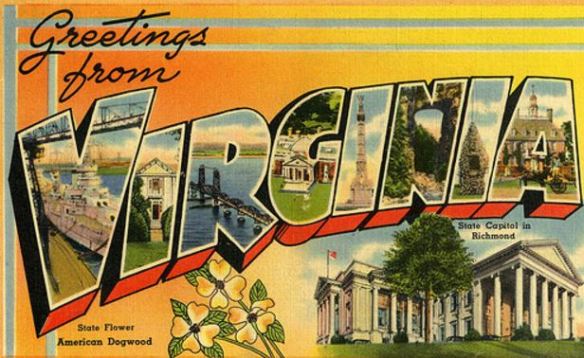 In September 2016, The Baseball Bloggess and her patient, “Sure, I’ll play along” Editor/Husband decided to visit the birthplace of every major league ballplayer born in Virginia.

That was 286 players when we first began this madness in 2016. And, each season brings one, two, three new Virginians to the major leagues. It’s hard to keep up.

We added four additional Negro League players who are in the Baseball Hall of Fame.

(Yes, we could have added even more Negro League players, but we were feeling overwhelmed with all the counting. We may change our mind on this point.)

Some of these players were scoundrels. Some were superstars. One played in 574 consecutive games in the 19th century. Eight played just a single big-league game. Five are in the Baseball Hall of Fame. And, one is buried in a family plot just two miles from our farm.

Those 286 major leaguers, plus the four Hall of Famers who played in the Negro Leagues but never had the chance to play in the bigs, hail from all over the state, some 114 places. Virginia’s largest cities. Small towns that still bustle. Little places that never did.

We aim to find, in no particular order and in our own good, rambling, no-hurry pace, the 114 places that these players called home.

And, just to prove that there is more to life than baseball, we have increased the number of birthplaces to 115, to include Pembroke, Virginia, the “birthplace” of the film Dirty Dancing. Dirty Dancing has nothing to do with baseball. But, seriously, Dirty Dancing!

Come along with us, won’t you? It’ll be fun!

Here’s Where We Are So Far (Listed By County, Independent City, Or Region)…

Marvin Goodwin, “the Gentleman of Gordonsville”

Garland Shifflett — the Pitcher From Elkton