Eleven cats and one dog have lived with us here over the past 15 years or so.

They just keep showing up.

Living on a farm – even if it is a farm in name only – attracts all sorts of creatures.

I have loved each of the 11 cats and the one dog who showed up, moved in, and stayed.

(Sure, there have been others who have stopped by for a day or a week or a month and just moved on. I don’t count them.)

I do not like the groundhogs who dig bowling ball-sized burrows in our yard and waddle all smug and nasty and fearless when I yell at them to stop eating the tomatoes.  (You can call them woodchucks or whistle pigs and I still will not like them.)

Over time the numbers of animals who live with us has dwindled.  The cats and the dog came, grew old or ill, and then passed on.

I hate that part.

Because it breaks my heart every time I have to say “goodbye.”

Now there are only three.

This week the “goodbye” was for Lamar. He was only eight or so. 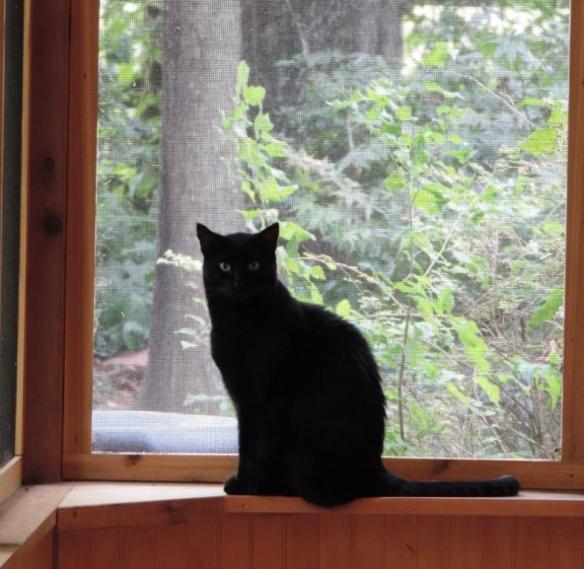 He was the most feral of the feral cats we’ve taken in. And, because there was so much wild in him to begin with, it was easy to grow very attached to the sweetness that seeped out around the feral edges.

I like that a cat’s love for a person is not unconditional. I like that there’s some wild independence in there. I like that we humans are always on probation with cats, and they can and will withdraw their affection at any moment. 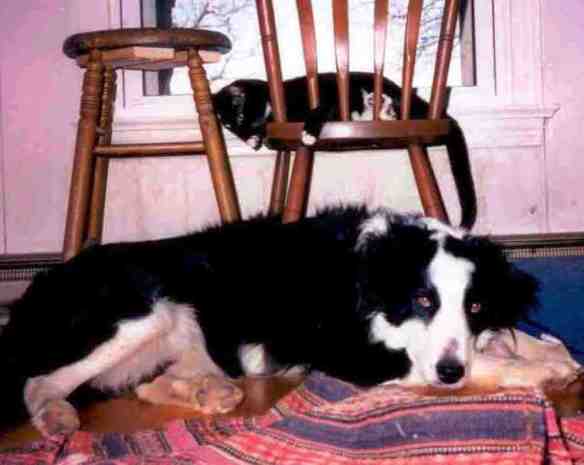 Bingo, the Border Collie, loved me, but she also loved Tim, the UPS driver, and our neighbors, and the vet, and complete strangers, and anyone with food.

I’m also not a big fan of that dog-breath slobbery thing and I don’t understand why, if they’re so much smarter than cats, they can’t learn to use the litter box and cover up after themselves. Using the cat’s litter box like a salad bar really doesn’t make the case for “We’re smarter than cats.”

(I loved Bingo and she would want me to add that she never bothered the litter boxes.)

I’m pretty much a cat person.

When Lamar showed up seven years ago, he was so feral that it took me many months of sweet talk and food to soften him up enough just to touch him, and a few months more before he would let me lift him off the ground.

He was tough and built of muscle, but one day when he came out on the wrong side of a cat fight, his front paw was injured and he was hobbling just enough that we were able to catch him and get him into a pet carrier. Antibiotics and neutering followed.

Lamar became our farm protector. He protected Oscar, a very old cat that had left our neighbor’s house to live in our barn. 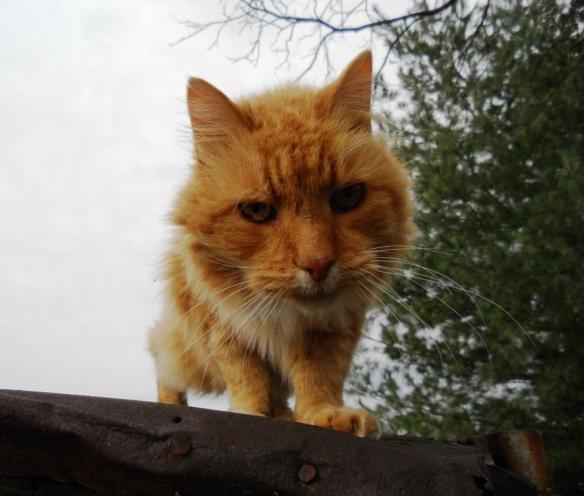 Oscar was too old to fight or protect himself, but refused to come inside. It seems odd to say Lamar tended to him, but that’s what he did.

In the same way that cats will sometimes bring their people mice and moles and other “gifts”, Lamar brought a cat to us a couple years ago and let her eat out of his food bowl. 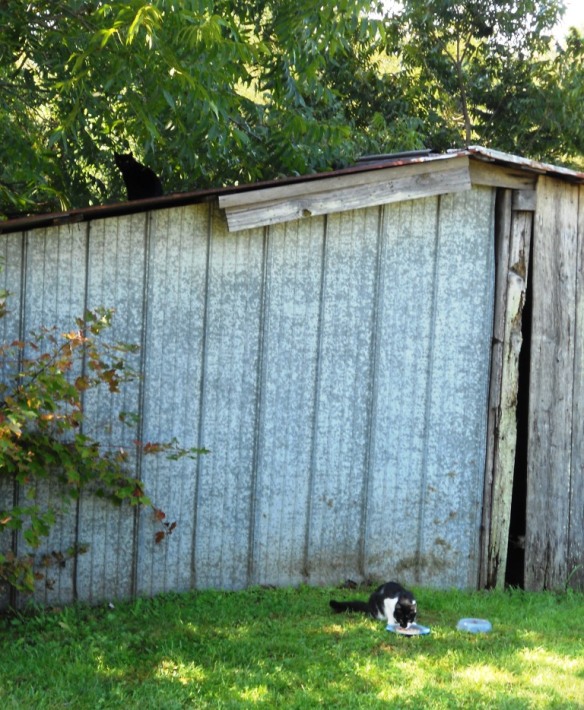 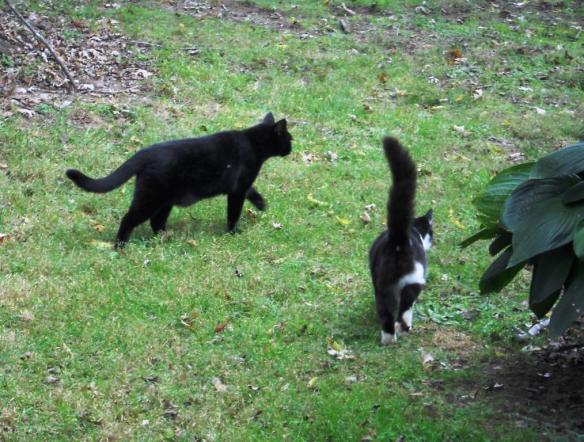 She became Stevie and, when she discovered the warmth and creature comforts of being inside, she moved in. 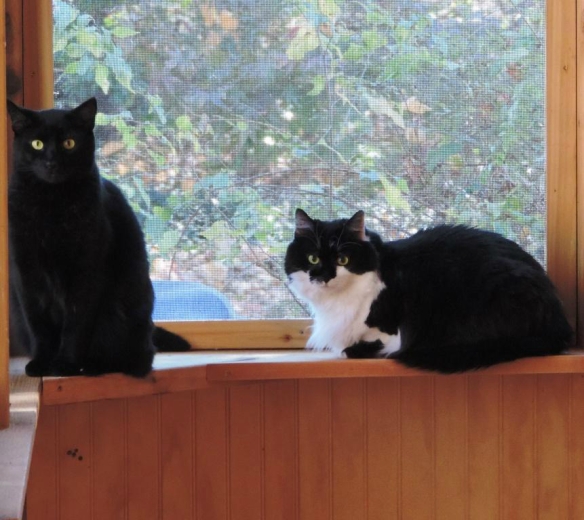 We enclosed our front porch this year just so Lamar could enjoy the outdoors safely.

Lamar was fine on Thursday morning, he slept with us on the bed the night before. (He always slept wideways on the bed, taking up a lot of space and forcing me to curl my legs up tight so he could stretch out.) He was fine when we left for work.

His heart gave out that day – as cat hearts often do, quickly and without warning.  And, that night we said goodbye.

He was a good cat. Handsome, wild, and sweet.

I’ll miss him. I miss every one of them. 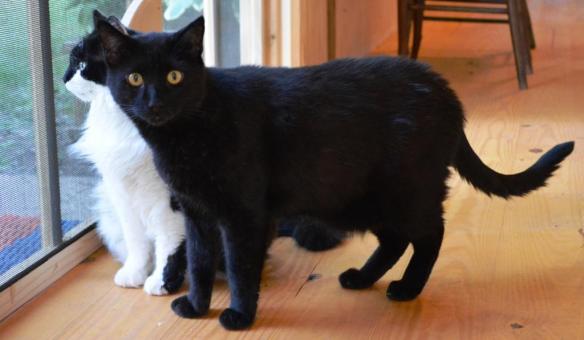 19 thoughts on “Now There Are Only Three”