No one really likes the bunt.

Baseball players bunt because their manager tells them to or because nothing else seems to be working.

They bunt – usually as a sacrifice, giving up an out in the process – because they have to.

No one likes the bunt, do they? I mean really really likes it?

President William Taft hated the bunt. And, now he’s celebrated as one of the Racing Presidents at Washington Nationals games …

In 2005, then-Nationals Manager Frank Robinson told The Washington Post that even his pitchers complained when he called on them to bunt.

And, yes, legendary Baltimore Orioles Manager Earl Weaver didn’t like the bunt either: “I’ve got nothing against the bunt – in its place. But most of the time that place is the bottom of a long-forgotten closet.”

Some experts argue that at the college level it’s more difficult to bunt with an aluminum bat. But, I see it at college games all the time. 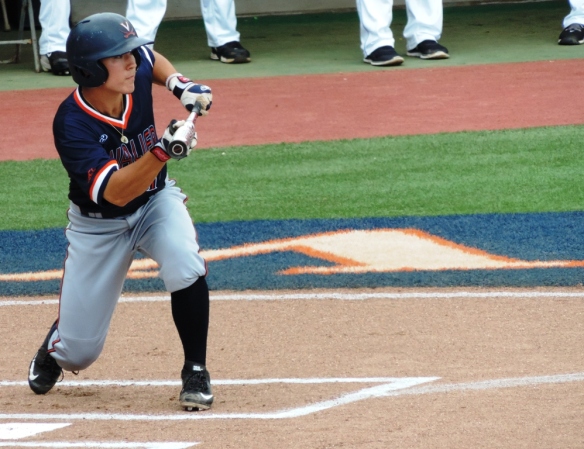 Some fans and players might consider a bunt dull baseball. I think it’s beautiful.

Babe Ruth “near collapse” wins the game with a bunt!

A batter squares up to bunt – and with that one simple movement and change of position he has told everyone, including every infielder, exactly what he intends to do. He knows that where he drops that bunt is key. He knows he’s going to have to run like hell.

It’s sort of gutsy when you stop to think about it.

Oh, and last week’s Korean All-Star Game included a bunting competition which is sort of like if you took bunting and curling and mooshed them together.

The result is absolutely awesome.