I have 290 Virginia-born ballplayers to account for. I have 114 Virginia birthplaces to visit.

Where do I start?

Somewhat unrandomly, I’ve ended up in a little town just 25 minutes away from our house – a place I’ve been to scads of times.

Not exactly out seeing the unseen world, but you gotta start somewhere.

What were you expecting, John Steinbeck? (Steinbeck made up a lot of Travels with Charley, you know. He said he listened to the Yankees-Pirates World Series while driving around with his dog in the fall of 1960, but now I’m not even sure that’s true. In any event, I’m not making up any part of my trip to Gordonsville, Virginia.) 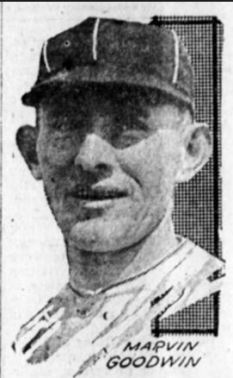 Marvin Goodwin was born in 1891 in Gordonsville, which is a little town in the middle-ish of Virginia. He was a pitcher who had a few good – well, good enough – big-league seasons between 1916 and 1925.

It’s a cute place that always seems to be on the verge of becoming one of those side-trip villages filled with friendly artists and shops selling fancy linens, handmade soaps, and exotically delicious cakes.

… where we found a cute pup named Honeybear …

… and tucked just a block off Main, Burrito Baby, a yummy eats place … 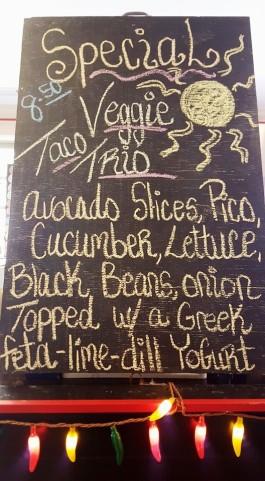 Goodwin grew up in Gordonsville, played on local teams, and as a teen had a tryout with the Philadelphia A’s as an infielder. The A’s Connie Mack suggested that Goodwin try pitching instead.

So he did. He became known around Virginia for his “perfectly controlled” spitball, and in 1916 a local scout convinced Clark Griffith, manager of the Washington Nationals, to give Goodwin a look. So Goodwin went down to Charlottesville, where Griffith and his Nationals were training.

That spitball was good enough for Griffith, who signed Goodwin. (Goodwin wasn’t going to give up his telegraph operator job with the railroad just to be sent to the minors and initially refused the offer. Griffith had to convince him the minor-league assignment would be only temporary, and the railroad company agreed to give him a leave of absence to do the baseball thing.)

So Goodwin signed, and off he went spitballing around.

Here’s a brief aside on spitballs:

I still don’t know what that means. And, quite honestly, I don’t think my life has been less for it.

At the end of the day, the only thing you need to know about spitballs is that they are unsanitary, disgusting, and even though they have been banned by baseball, pitchers still put goop and spit on their pitches when they think they can get away with it. (Nice try, Michael Pineda.)

In 1917, the St. Louis Cardinals bought Goodwin from the Nationals, paying the Nats somewhere between $6,000 and $15,000, one of the highest prices ever paid up to then for a minor-league player.

“Not a big fellow, the new pitcher is rather solid, however, and probably weighs in the vicinity of 165 pounds. Several of his new teammates have taken quite a liking to ‘Goody,’ as they already have dubbed him. … Goodwin neither smokes nor drinks any alcoholic beverage. So his nickname, in one sense, may be peculiarly fitting.” – St. Louis Post-Dispatch, July 20, 1917

He was an OK pitcher. He had a career 3.30 ERA, good enough to be one of those middle-of-the-rotation guys who ultimately ends up in the bullpen. In the book Spitballers which ranks the 17 pitchers allowed to throw the spitball after it was banned, Goodwin ranks 17th.

In 1917 in the thick of World War I, and just five months after being picked up by the Cardinals, Goodwin announced he was enlisting in the military. He told the Cardinals’ Branch Rickey that, with no wife or children, he was sure to be drafted anyway, so he was enlisting early so that he could join the Aviation Corps.

He was stationed in Texas, learned to fly, and became a Lieutenant and an aviation instructor. He was, The St. Louis Star and Times reported, considered one of the best “straight” and “stunt/acrobatic” flyers in the service.

In a letter to the Cardinals, sent shortly after arriving in Texas and reported in the Star and Times, Goodwin wrote, “Am working awful hard. This flying game is no cinch, especially the training. The course is pretty stiff.”

“Once in awhile we get a chance to play a game of ball,” [Goodwin wrote] to friends. “Our team flew sixty miles not long ago to play a game, and we won, 5 to 0. Quite an innovation flying sixty miles to play a ball game. Twenty machines made the trip.” –  The Washington Times, October 13, 1918

He was preparing to be deployed to France when the Armistice was signed in November 1918.

He remained in the military reserves, but returned to the Cardinals. The spitball got him through a couple more seasons before the Cardinals sent him down to the Texas League, where he did quite well as both a manager and a pitcher.

In September 1925, the Cincinnati Reds brought him up and he pitched a few games during the last month of the season. He started three games, pitched in four, and ended the season 0-2 with a disappointing 4.79 ERA.

Two weeks later, Goodwin was back in Texas flying for the military. It was during a flight on October 18 that the plane he was piloting went into a tailspin and crashed. Goodwin was badly injured, with broken limbs, a fractured skull, and internal injuries, but was credited for his piloting skills that saved the life of his passenger.

“An Unsung Hero. … Lieutenant Goodwin sacrificed his life in behalf of his country. No person can do more. His passing called for brief mention in most newspapers. Had Goodwin been killed on the ball field with a bean ball, his death would have been featured in every paper in the country.” – The Sporting News, November 5, 1925

He’s buried in Gordonsville, at Maplewood Cemetery, the town cemetery that is a hodge-podge of family names and tombstones and bordered on one side by a vast open field that contains 700 mostly unmarked Civil War graves, all Confederate. 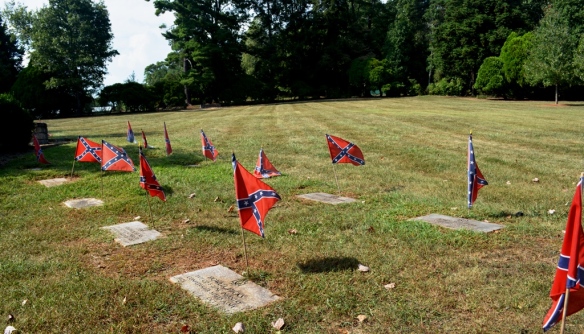 Markers throughout the cemetery go in all directions, some are leaning against others, some have clearly been moved, and some are completely hidden, buried deep inside holly and boxwood bushes. It’s almost impossible to find anyone you’re looking for in Maplewood. 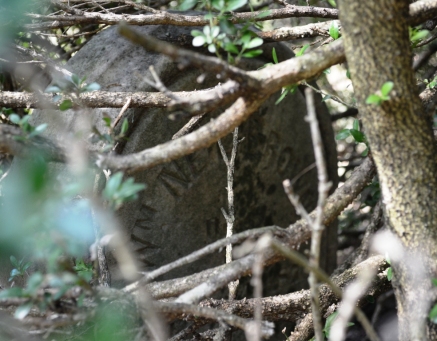 … he’s inside this boxwood bush.

The graveside grounds give way in spots, and I will tell you at one point when my foot sunk into a soft spot I whimpered like a teenage girl in a horror film. I’m not proud of this, but I thought you should know.

We found Marvin Goodwin, buried in a family plot. The tombstone marks him on one side, his parents on the other, and on the side his baby brother who died in 1895.

A three-sided tombstone doesn’t make sense to me either.

I don’t plan on visiting every cemetery in Virginia, but I thought this one was important because Goodwin is mostly known in baseball record books as being the first active major league ballplayer to be killed in a plane crash.

But, here’s the thing. He was a military pilot who did service during World War I. He died on military duty. And, yet, there’s nothing to honor that at his grave site.

So, we made a follow-up visit.

We can’t fix everything. But, we can fix that. 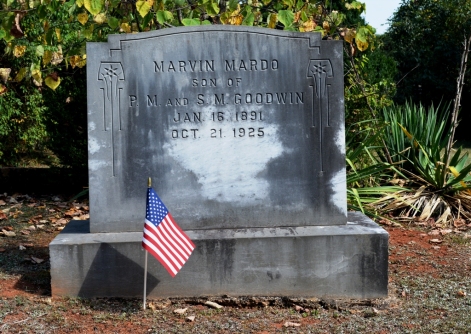 For more on the Virginia-Born Baseball Project start here.

13 thoughts on “Marvin Goodwin, “The Gentleman of Gordonsville””