It was during my junior year in high school that the school math team – the “mathletes” – were one player short. There were four mathletes ready to go, but they needed a five.

I’m not sure why my geometry teacher invited me to join the team. I wasn’t particularly good in his class and I was pretty clear that I hated two things in school – gym and numbers. But, I would always laugh at his jokes. So, I was his choice. Your take away from this: a good chuckle might take you far in this world.

He convinced me to join the team, which was about to go to the state tournament in Minot, by promising we would stop for banana splits on the two-hour drive back home.  Yes, if there was a banana split in it for me, I could spend the day with four geeky mathletes and a teacher who told corny jokes.

I have no memory of the meet except for sitting at a long table, writing problems on pieces of paper, and being forbidden from using a calculator. We didn’t win, but I don’t think I was too terrible.

In any event, the Dairy Queen in Rugby was out of bananas by the time we got there. This is my only clear memory of my one day as a mathlete. Even the worst mathlete knows that zero bananas means zero banana splits.

So, funny that I’ve come to love baseball which is all numbery and statisticfied.

The Baseball Project even wrote a song that is only numbers – comforting and familiar baseball stats. Here are the lyrics in their entirety:

I’ve prepared a cheat sheet for you, in case any of these baseball numbers need explaining. It’s here: Baseball Project “Stats” Broken Down

When WordPress announced that their weekly photo challenge for this week was “Numbers,” I thought, this is too easy.

Because, in baseball, players have numbers … 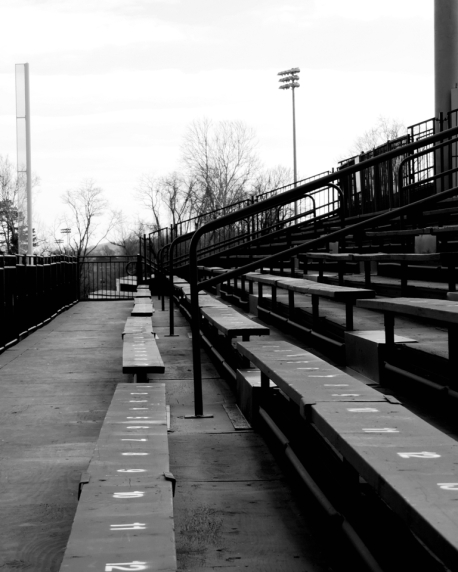 Even the walls have numbers …

There are so many numbers, I didn’t know where to start.

But, really, on this hot and humid, three-Gatorade weekend there were only these numbers that mattered …

The numbers that went Virginia’s way …

And, the numbers that didn’t … 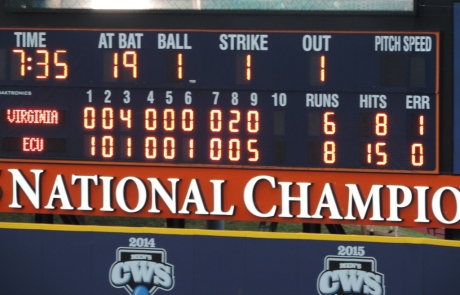