(Describing Dodger Rookie Yasiel Puig after a magnificent throw from right to get the runner at home and end the inning. August 31, 2013. You can see it all here.)

Oh, to be 85 and to see baseball as Vin Scully does.

I’m not a Los Angeles Dodgers fan (though my dad was, in a “I don’t like baseball, but I do like the Dodgers” sort of way).

He is, quite simply, the voice of baseball. Scully is in the Baseball Hall of Fame, is regularly chosen as the best broadcaster in baseball, and has been calling Dodgers games – on radio and, today, on television — since 1950. Since they were the Brooklyn Dodgers.

When I listen to Vin Scully doing a game today I imagine my dad, out in the backyard in California on a long-ago Saturday, beer in hand in his beloved green hammock, listening to a game on the radio. Vin Scully calling a Dodgers game, same as today. Only the names have changed.

And, long ago doesn’t seem all that long ago.

Whether describing a baby wearing a hat, marveling over a cloud formation, or his regular nightly depictions of the sun setting over Dodger Stadium, baseball becomes richer when Vin Scully is sharing it with you.

The world becomes sweet and timeless and precious.

So, I went to a game on Sunday. And, I took my camera (which is new and foreign and intimidating). I tried to see the things that Vin Scully would see, if he were at the park with me.

(Second to the last game of the AA season. Harrisburg will go to the playoffs. The Squirrels’ season will end on Labor Day.) 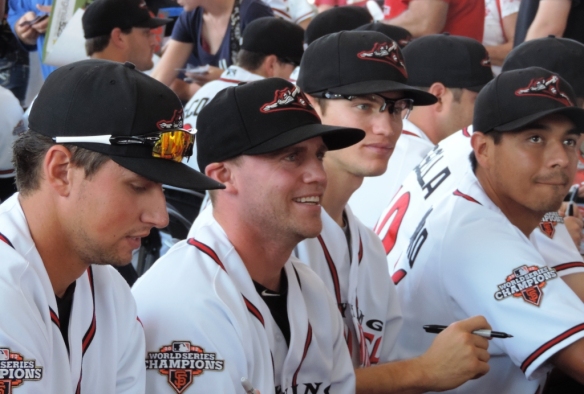 It was Flying Squirrels autograph day at the park. Oh, to be 22 … 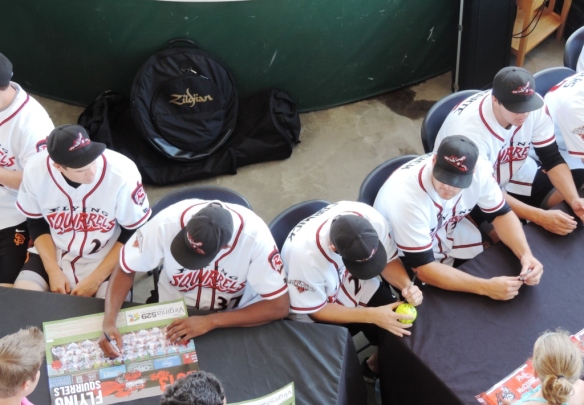 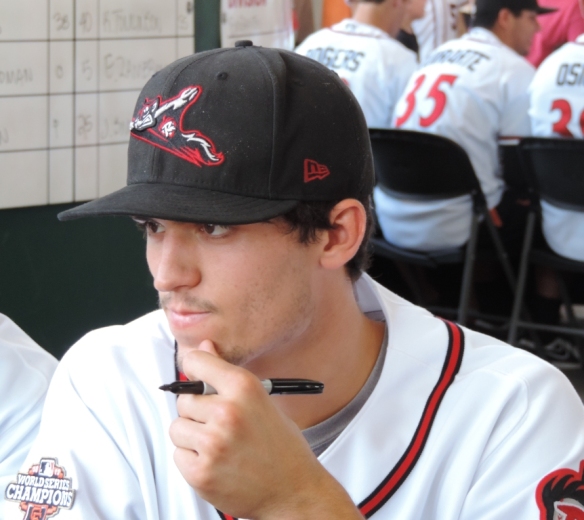 Having a catch before the game. 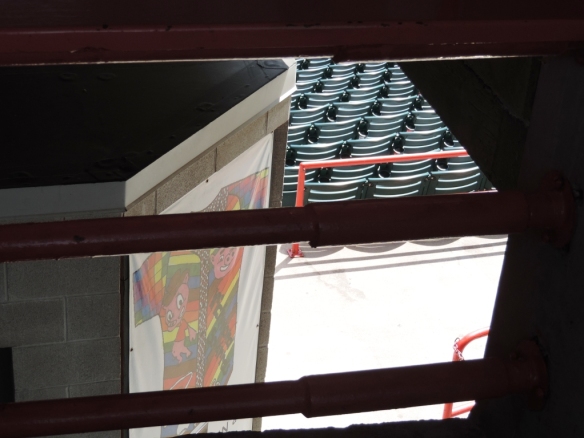 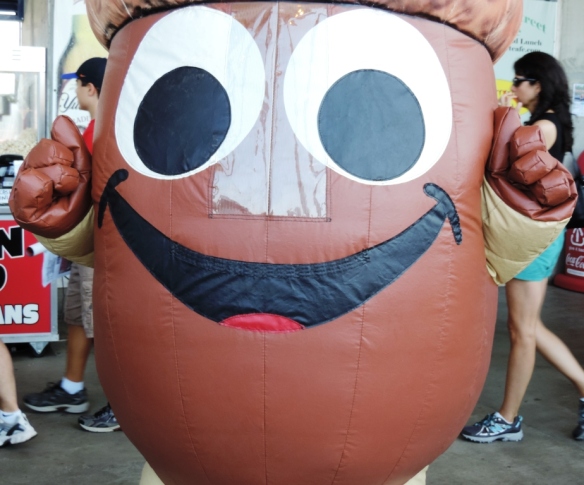 Every team deserves a mascot (hear that Chicago Cubs?). The Flying Squirrels have two. This is Zinger. He is a giant acorn. 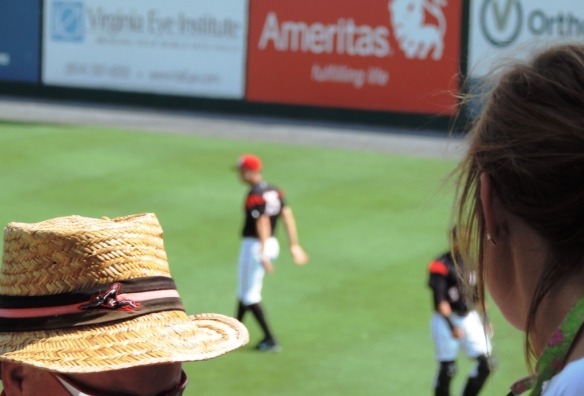 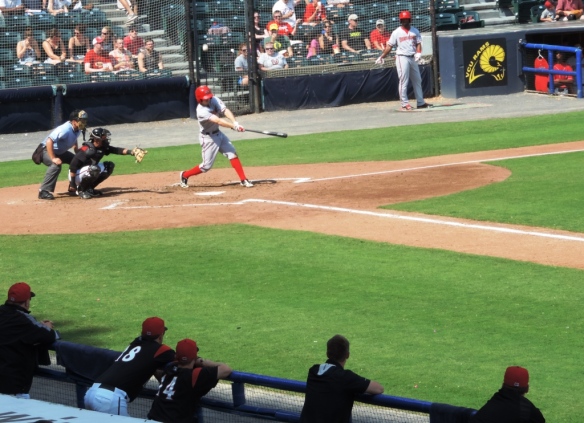 This is not a homerun swing. 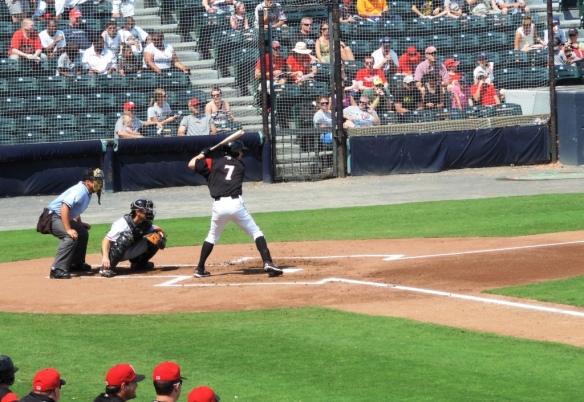 This is. (The Squirrels’ Ryan Lollis, leading off the first inning.) 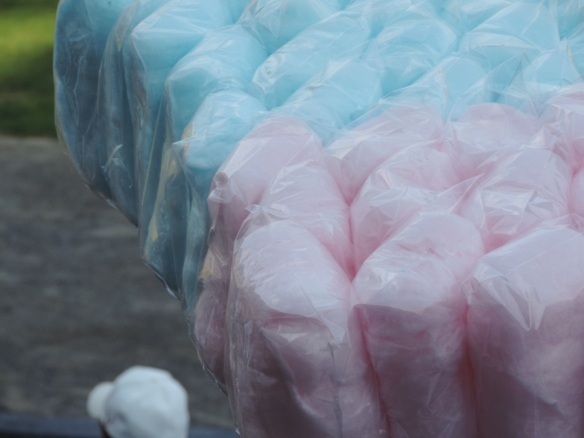 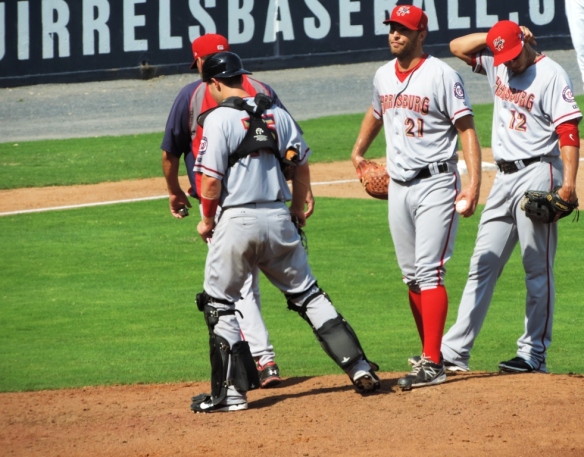 Not a good day to be a Harrisburg pitcher. 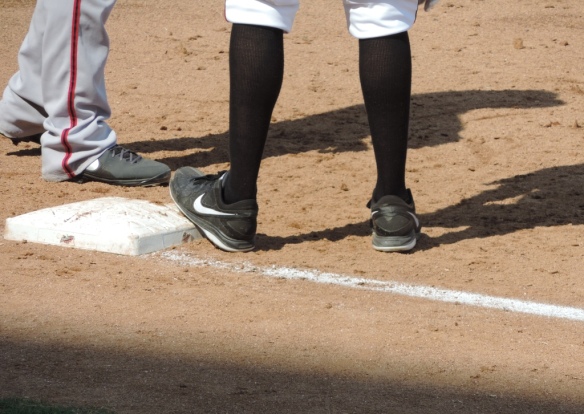 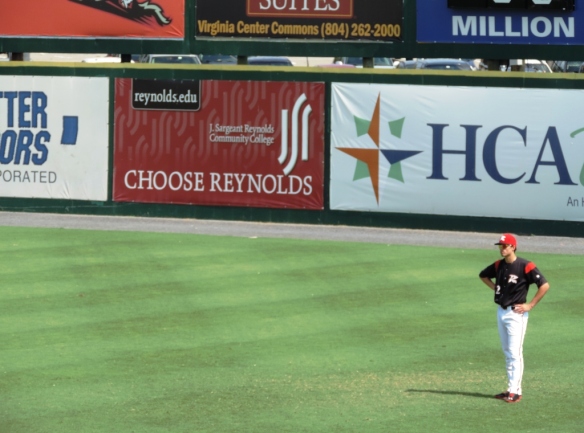 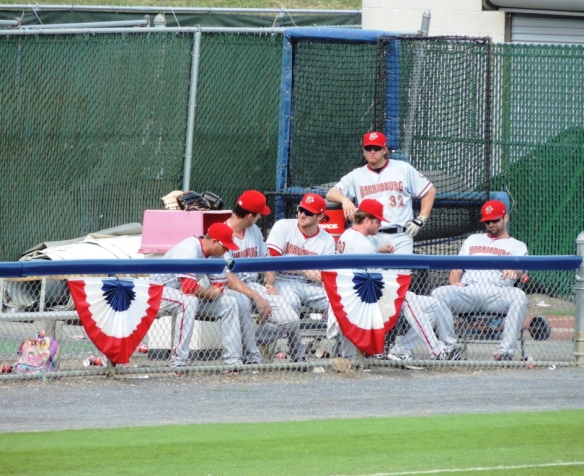 The relievers in their bullpen. (Even minor league teams have their candy backpack … it’s over there on the ground on the left.) 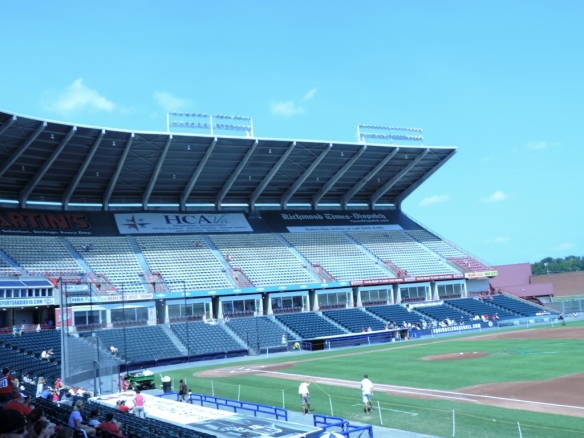 All you have to do is turn a camera button and your 21st-century game looks like 1964. 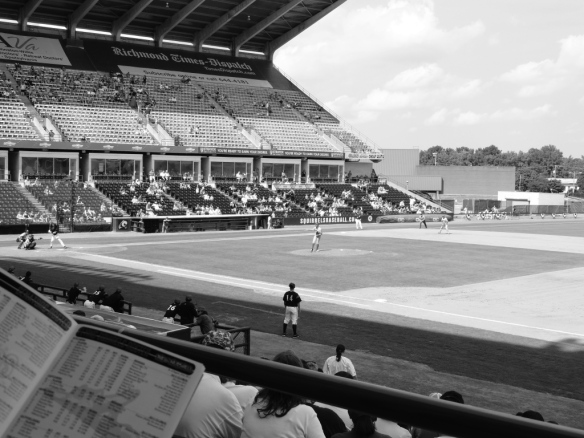 Or, 1934. (That’s Editor/Husband on the left keeping track of the pitching changes in his program.) 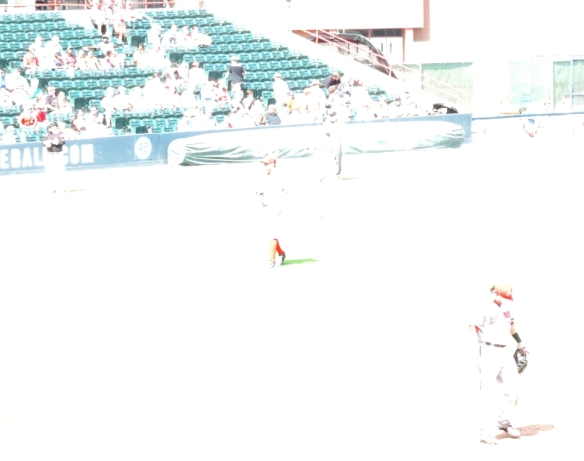 When you get cocky, your camera will change all your settings. 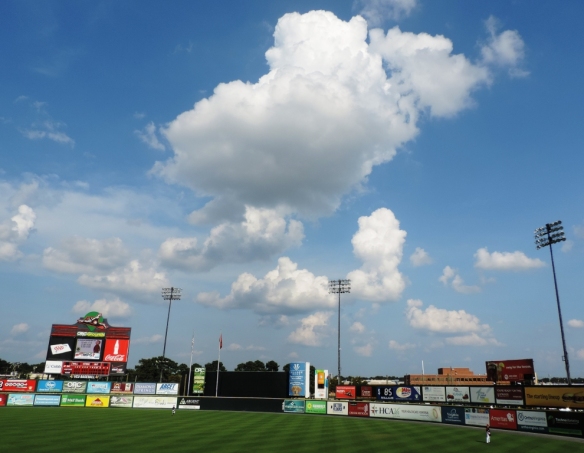 Some clouds for Vin. 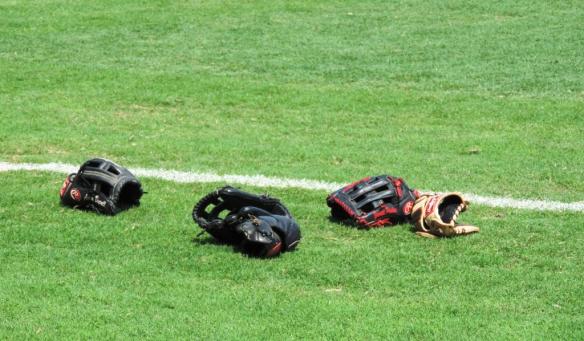 And, just as quickly as it started, the minor league season is over. Wasn’t it just Opening Day? Where did the summer go? And, how many days until spring?

(And, Vin Scully would be disappointed if I neglected to give you the final score.  Richmond Flying Squirrels 7. Harrisburg Senators 3.)