No, not everything is baseball.

I released a turtle. 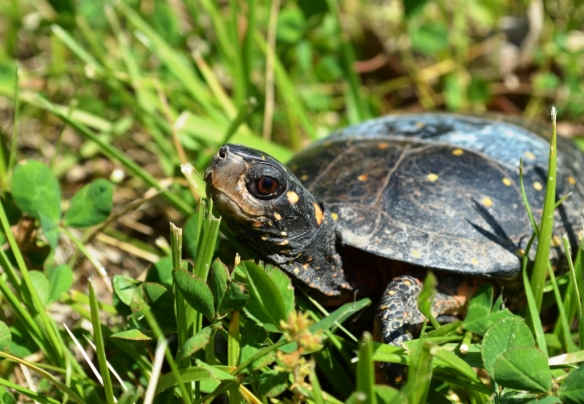 Look who came to our house!

Editor/Husband (when he is not editoring or husbanding) works at the Wildlife Center of Virginia, a wild animal hospital.

He’s often asked to cart animals around, picking up patients and, once they’re healed up, returning them to the wild. (He does other stuff there, too, but at the end of the day people only want to hear about the time a bear cub nearly got loose in his Outback.)

Sometimes Editor/Husband’s car will smell a little weird, like a possum family might still be living in there, waiting for a road trip to the Sonic.

(Fun Fact: Sonic really does put jalapeño chunks in its chocolate jalapeño milkshake. I’m still not sure how I feel about this.)

Last night, he brought home a spotted turtle, a rather rare species. It had been hit by a lawnmower about a year ago and its shell had been badly injured. Shell-healing is, not surprisingly, slow-going for turtles.

Here’s what you need to know about spotted turtles.

They can have up to 92 spots on their upper shell, head, neck, and legs. Ours is disappointingly light on the polka-dots, although I didn’t think to count.

A turtle’s upper shell is called a carapace. Our turtle has a dark chin and brown eyes – which means he is probably a male. Some experts have described the mating habits of spotted turtles as “frantic.”

A spotted turtle can live to be 50, if he is careful and stays off of roads and out of the way of lawnmowers. 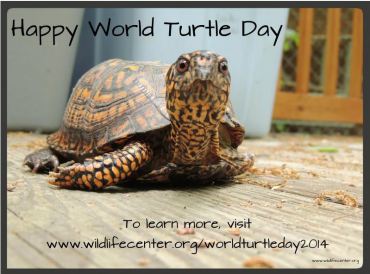 World Turtle Day is celebrated every May 23.

The Wildlife Center releases its healed-up reptile patients as close to their original homes as possible. This is especially important for turtles who have some sort of “Home Sweet Home” software wired in their brains that makes them serious homebodies.

Which is kind of funny if you think about it, since turtles carry their homes on their backs like little RV campers. Come to find out, they don’t even really like going anywhere.

So, we took turtle back to his original “home.”

This turtle, we discovered, like the Fresh Prince of Bel Air, had been living the good life in a very pretty gated community, filled with pretty homes ringed by perfect gardens and swimming pools and walking trails and country clubs and tennis courts.

Turtle had chosen well.  I wish someone would release me there …

We found a quiet little side lake for the turtle … 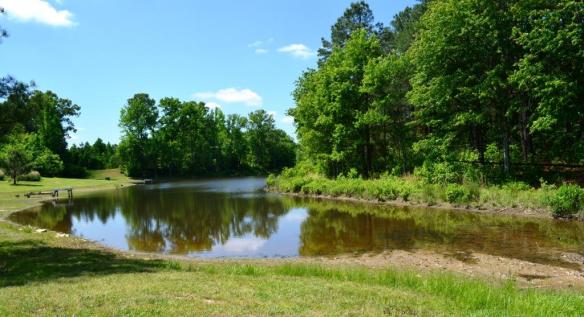 … away from the road and lawnmowers and away from the lady who was afraid we were releasing baby geese into the lake and came running over in a panic to tell us how the geese were pooping on her lawn. 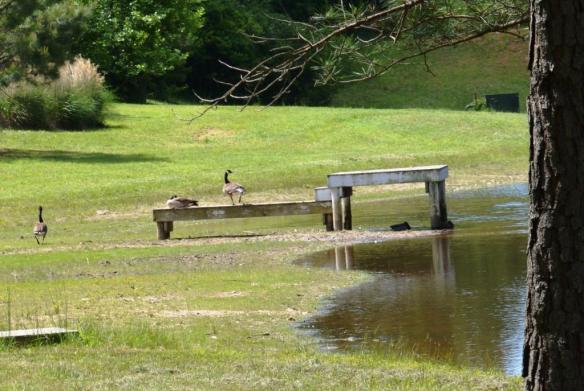 We showed her the turtle and she calmed down.

Turtles, apparently, have a prozac-like effect on some people.

So we opened the box, and set turtle on the bank. 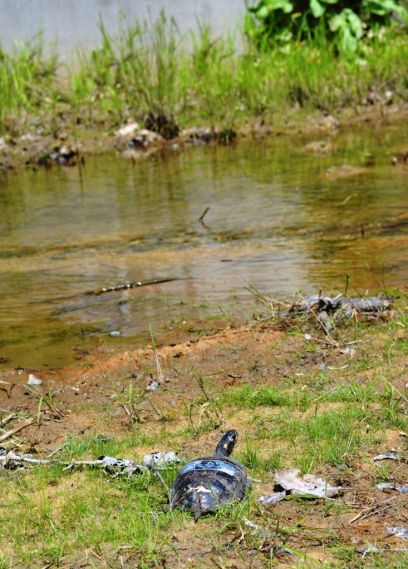 And, off turtle went. 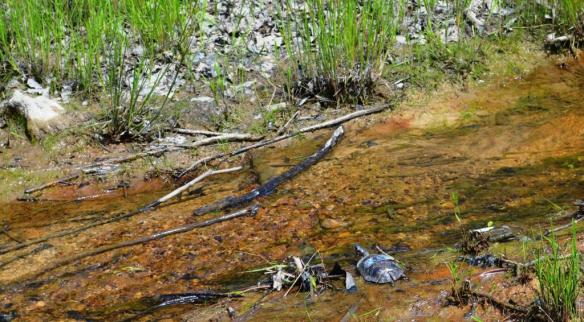 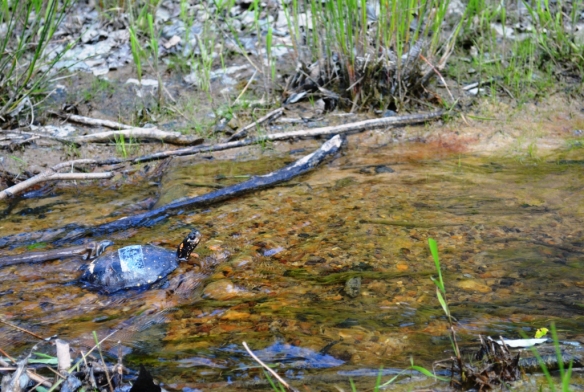 All wet and swimmy and happy, I guess.  Turtles keep a pretty good poker face. But, if I was a turtle, healed up and free and back home in a nice gated community, on a lake filled with pollywogs and geese, on a beautiful sunshiney Saturday, I’d probably be a pretty happy turtle …

Even if some of the hospital stick-um from my shell-healing was still on my back. 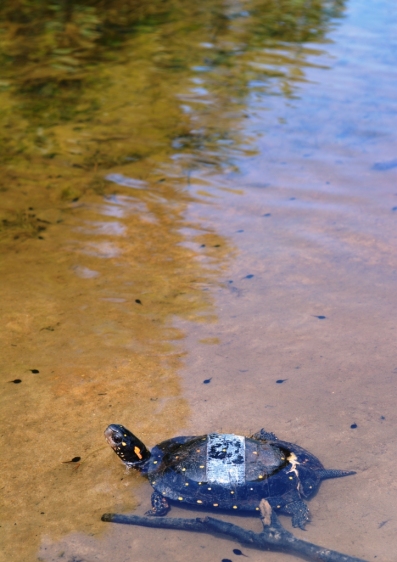 And, just as we are pulling out to leave the pretty gated community with the swimming pools and tennis courts and … hey, wait a second … stop the car!!!!  What’s that over there? 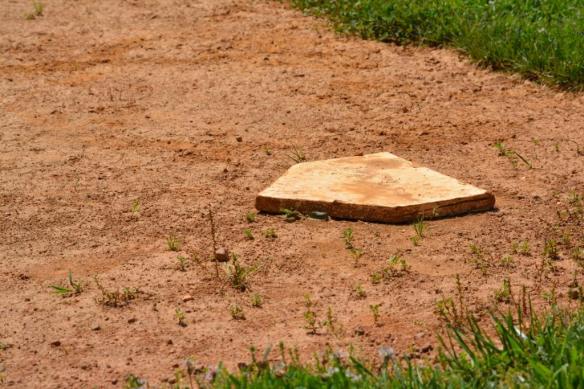