Joe Nathan, the Detroit Tigers closer, got a little frustrated during Wednesday’s game versus the Pittsburgh Pirates. The Tigers won and all, but Nathan was a little shaky in the ninth, walking the first two batters and making things interesting. (He’s been “a little shaky” a lot this season.)

This led to some booing from equally frustrated Tiger fans.

So, Nathan did this.

Let me say this about that.

Joe Nathan, I don’t care if they booed you. No need to be a dolt.

And, fans, don’t boo your players.

Even when they frustrate you and annoy you and make you want to slam your head into the wall. Even when they blow the save or give up a walk-off homer and lose the game. (Brian Matusz, you sure do work my nerves some days.)

Okay, there are a few times when you are allowed to – even encouraged to – boo your team.

The only time booing really made a difference was in ancient Rome when the cries of displeased fans would occasionally determine which gladiators lived and which, uh, umm, didn’t. Joe Nathan would have been a short-lived gladiator.

But some of us must boo, mustn’t we? Like the dinner party guest who must poo-poo every story you tell … one-up your vacation … your job … your kids.

(Oh my, your precious daughter won a Scrabble tournament with the word ‘jonquil’? I see why you’re so proud. My cat beheaded a mouse on my Yoga mat, dissected its intestines and set them aside, and then barfed the rest of it up into two separate piles. Can your daughter do that?*)

* True story: My cat Polly barfed as I was writing about cats barfing. How cool is that! 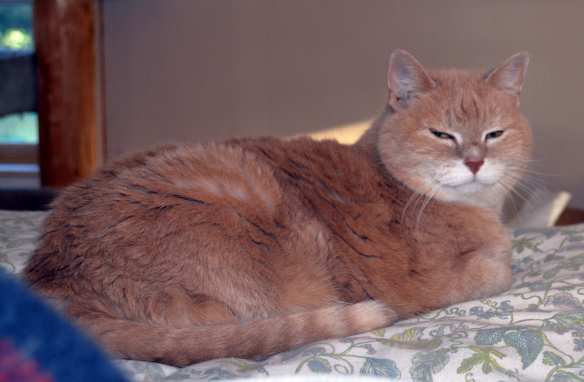 Nathan apologized for his obnoxious behavior the next day.

And, he should, because, despite sometimes booing, baseball fans are the most wonderful hodge-podge of people around. 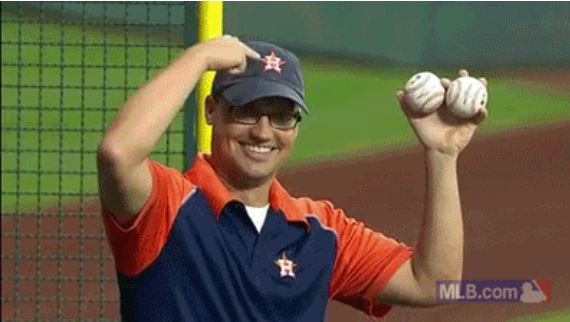 Here’s to the fans. The managers may be the brains. The players may be the brawn. But, fans are the heart … and without them … well, there’s no $9 million payday for Joe Nathan is there, Joe?

“I do love … the baseball that is in the heads of baseball fans. I love the dreams of glory of 10-year-olds, the reminiscences of 70-year-olds. The greatest baseball arena is in our heads, what we bring to the games, to the telecasts, to reading newspaper reports.” ~ Stan Isaacs, Newsday sports columnist (1929-2013). 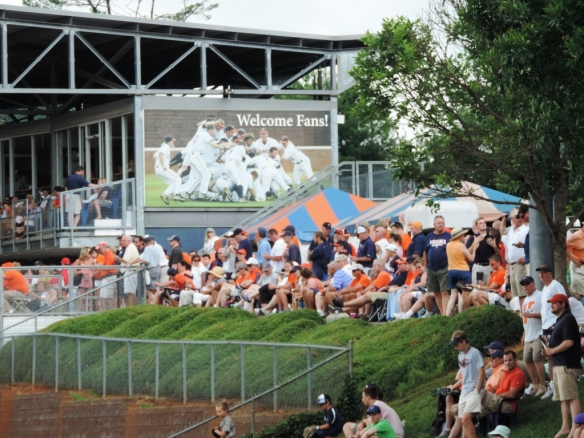 Fans on the hill. Davenport Field, University of Virginia 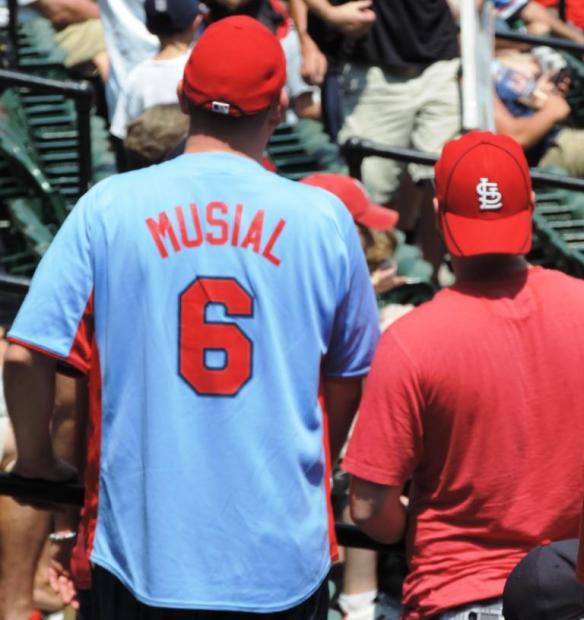 Beverly brings “Francisco The Flying Squirrel” to nearly every Flying Squirrels ballgame. (It “stands” during the national anthem and the 7th inning stretch.) The Diamond, Richmond, Virginia

Fan-Tastic, Part 1 ~ Our grandparents were bad (and dangerous) baseball fans.

Fan-Tastic, Part 2 ~ Today’s rules of proper fan behavior.  Bring your miniature horse to a game? Okay. How about a grapefruit? Not okay.

Leave a Reply to The Baseball Bloggess Cancel reply