National Public Radio recently suggested that, as we age, we lose our competitive drive. We play fewer sports, ergo we are less interested in winning or losing.

Some researchers speculate that this lost interest in playing sports – and in winning – comes from the “negative reactions to not winning” in our youth. In other words, blame your parents for Earl Weavering at your Little League games and for instilling in you the old adage, “It’s not whether you win or lose, Sweetie. It’s just win.”

I don’t usually argue with NPR. And, I realize that taking offense to this implies that I’m somehow older than I realized.  (Young enough to still remember what I heard on NPR a week ago, but old enough to use Earl Weaver to make a point.)

Not everybody can hang in like an Ichiro Suzuki or Bartolo Colon, the 42-year-old New York dumpling, who gets more endearing with every additional year and every extra pound. 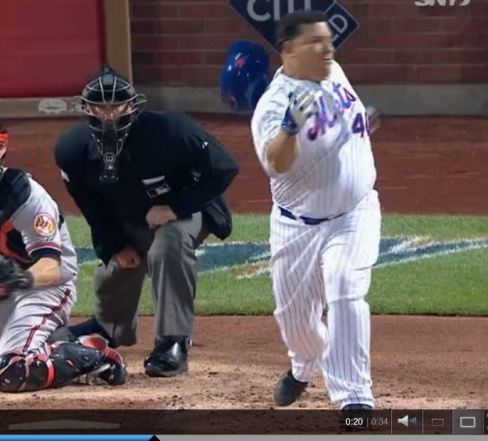 But, unlike Bartolo, it gets a little harder to find time to play as we get older. Sure, we lose the physical ability. Who wants to get tackled on a football field when you’ve already got bursitis?

But, we also lose the time. We lose opportunities and, eventually, teammates.

Hey, we’ve got better things to do than volleyball anyway.

I hate volleyball. One time in junior high I was hit in the face by a volleyball, cracking my glasses and bending my headgear up toward my nose.

Yes, I wore a headgear. As though wearing braces wasn’t humiliating enough. You can stop chortling now. (You know I can’t hear you.)

In any event, is there no wonder I hate volleyball? That upon leaving high school, I promised myself there would be no time in my life where I would ever – ever – play volleyball again? Screw you corporate team-building retreats. Family picnics, or that awful weekend at the beach with friends who binge-played volleyball and Pictionary, which is even more hateful than volleyball, except that a game of Pictionary never crushed my teenage headgear.

There are even anti-volleyball tee-shirts! Clearly I’m not the only one with headgear stories.

But, just because volleyball sucks, doesn’t mean that I’m no longer competitive. I still like to win.

When you’re 12, what have you got? Spelling Bees, Science Fairs, and sports. That’s about it.

Once we’re grown we have all sorts of interesting competitive outlets.

I got contests up the yin-yang.

Life itself is a competition – just staying healthy and upright takes some competitive mojo when you hit this middle part.

Sometimes I feel like I’m competing with time. And, everything else.

We compete in business, with our families, with our friends and neighbors. We might not say we are, but we’ll peek over the fence from time to time to see what the other guys are doing, and to ensure, at the very least, that we don’t get left behind.

We compete with ourselves.

(Don’t believe that? Researchers estimate that 60 million of us will be using fitness trackers – like FitBit –  by 2018.  The average tracker? A woman, aged 35 to 54. Why wear a fitness tracker when you already know it’s important to exercise and you already know how much you need? For motivation … by competing with yourself and with other FitBitters.)

We compete to win a good job, we roll the dice with pensions, IRAs, and “can’t miss” investment opportunities. We try to beat the system; some of us even try to game the system. We compete to get a deal … and we check with others to see who got the best deal.

You may think I’m against competition because I’m a Yoga teacher (Om, Shanti to you!). I’m not. I think friendly competition is a good motivator and a good way to challenge ourselves, explore our edges, and, oftentimes, do things we didn’t know we were capable of doing.

And, we don’t lose that spirit just because we’ve outgrown Little League.

Still not convinced? You ought to head to your nearest County Fair. (Really, you should go.)

Who’s competing? Nearly everyone it seems.

Hay? They are judging who has the best hay.  (You think your cousin’s 400-shot Shutterfly album of her grandson’s high-school graduation is dull?  Imagine being the hay judge.)

All told, there are 411 competitions at our County Fair. That’s right, 411.  From baked goods and canning, to arts and crafts and quilts, to flowers and garden crops. 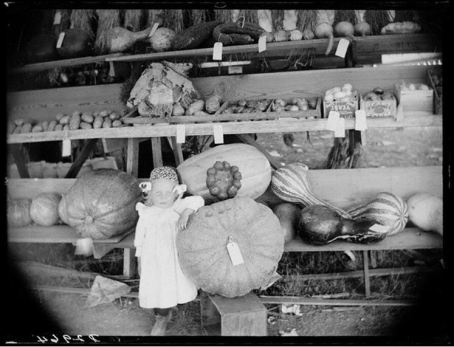 Yup, they were competing for the best pumpkins back in 1886.

Most wild animals compete for food and mates. So do we.

In writing this, two friends told me that I had to mention how “cutthroat” older women are when they play bridge. I have no idea what bridge is except that it has something to do with cards, and nothing to do with bridges, but I will take them at their word.

My Yoga students compete with themselves and each other, even when I tell them not to. Some of them compete to see who is competing the least. I can only explain this phenomenon by saying it’s hard to explain, but it’s true.

Competing is a natural thing.

And, while some things slow down as we get older, it doesn’t mean they stop.

NPR thinks that because we play fewer sports as we age we lose our competitive zeal.

But, playing sports is not the only competition out there and there are many other ways to get good, healthy exercise.