“Baseball is the most perfect of games, solid, true, pure, and precious as diamonds. If only life were so simple. Within the baselines anything can happen. Tides can reverse; oceans can open. That’s why they say, ‘the game is never over until the last man is out.’ … Anything is possible in this gentle, flawless, loving game.” ― W.P. Kinsella, Shoeless Joe

First, let’s get to the important things. The temperature during the last two games at Davenport Field, home of the University of Virginia Cavaliers (or, the NCAA National Champion UVA Cavaliers if you go for things like that) has been below 45.

And, you know what that means …

The NCAA champions are playing the Monmouth Hawks this weekend.

I vaguely know where Monmouth is (somewhere New Jersey-ish).

If you visit Monmouth’s Wikipedia page … which you can do here … it will kindly request that you fill in the blanks and tell it something – anything – about this team.

I can tell you only that they seem to have a good time when they play – they’re a joyful bunch – and that goes a long way with me.

UVA won on Friday night, 4-2, in unspectacular fashion. The highlight of the game was that it took my feet, which were double-socked, nearly one full hour to thaw out. They were completely numb.

It was brutally cold – it had snowed that morning – and my main take-away from the game is that I’m certain I wouldn’t last a week in a world without central heat. 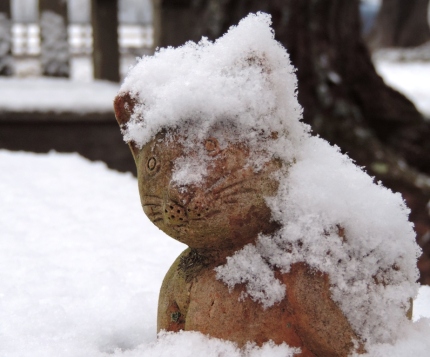 Friday morning. Snow on the cat. 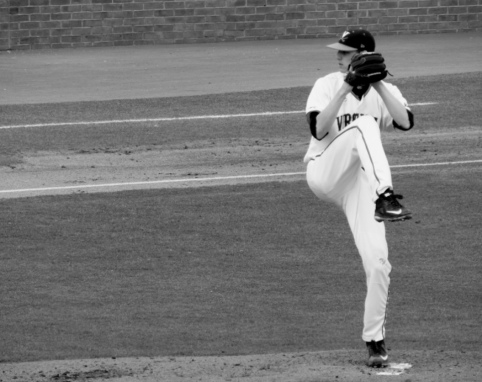 Behind string-beany, first-year pitcher Daniel Lynch, the Hoos jumped out to a 7-0 lead in the 2nd in one of those they-batted-around innings – six singles, one double, two sacrifice bunts – that messes up your scorecard in a totally-worth-it sort of way.

They love to bunt, these fellas. 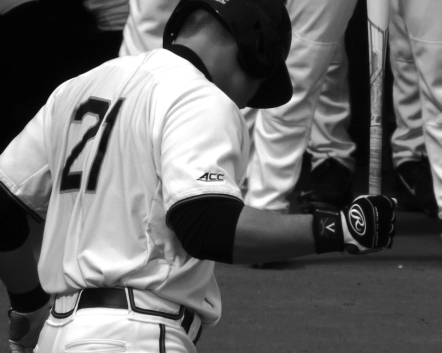 “Our small ball is what makes us an offense,” Thaiss, who homered on Friday night, told The Daily Progress. “We always talk about not having a good hitting team, but having a great offense. That’s what we preach here. We practice bunting just as much as we do hitting.” 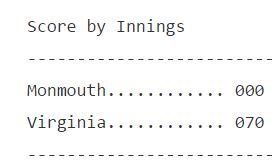 By the end of the 6th inning my hot chocolate was finished and the Hoos had rolled to 9-0.

This is the point in any afternoon game when I start wondering what’s for dinner.

And, if I were a hack sportswriter, this is where I write, “Then the wheels came off.”

But, Lynch was left out just a little bit too long and UVA’s suspect bullpen fell apart. 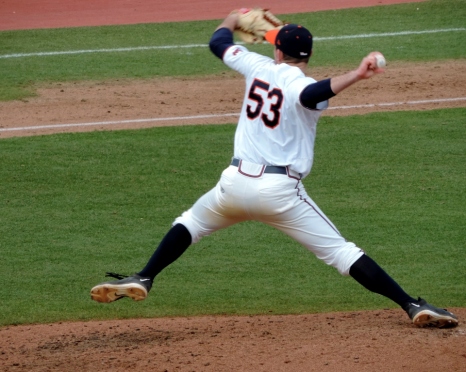 Monmouth scored three in the 7th and then batted around, scoring seven more in the 8th.

(Batting around, not so fun when the other team does it.)

And, just like that – if “that” is about the longest inning you can imagine in blustery, toe-numbing 40-ish weather – it was 10-9 Monmouth.

Editor/Husband was getting a little testy at Monmouth’s rightfielder who was pretty fired up with the change in fortune. But, who can blame him? Rightfielder, I mean.

A Monmouth error with two outs in the bottom of the 9th allowed UVA to tie the game.

In the bottom of the 11th, four hours and 13 minutes after the game began, this happened.

And, we had pizza for dinner.