“The world breaks everyone, and afterward, some are strong at the broken places.” ~ Ernest Hemingway

I come to you today, not as a rival, but as a friend.

A friend who knows the insurmountable pain and suffering you have endured this week … this week when there has been no loss worse than the one you suffered at the hands of the Cubs, ending your season.

(Sorry, Team USA Soccer, any Nats fan will tell you that your humiliating loss to Trinidad and Tobago this week, eliminating you from next year’s World Cup, isn’t even close.)

I come to you today, dear sweet Nat-atoodies, not as a rival, but, as I think this through, maybe not as a very good friend, either.  Think of me instead as a companion, as you snuggle up with us in the off-season … Diamondbacks, Indians, Red Sox, Rockies, Twins fans … we’re all here.

Even we lowly Orioles fans who got the off-season tidied up for you by finishing last in our division.

I take pity on the grieving @Nationals fans. It must be hard to be a lifelong die hard fan for all 13 years

“But man is not made for defeat. A man can be destroyed but not defeated.” ~ Ernest Hemingway

Maybe you guys are just a little touchier this year, what with all the crazy going on there in DC.

But, let’s face it, baseball sucks sometimes.  Sometimes can mean a lot of the time – amiright A’s fans?

We’ve been losing since before you were born.

I don’t want to hurt you any more than you’re already hurting, but I think you should know … some fans of other teams have been talking about you behind your back.

Not O’s fans, of course not us, but others, other teams.

They think you’re a little soft, what with all the “woe is me” business.  They think it sounds a little, well, whiney.

So what? You know who else has never won a post-season series?

Well, no one. You’re the only ones. But, that’s not the point, the point is this …

You gotta deal with it.

And, who better to teach you, than the rest of us … your seatmates on the overbooked flight through the miserable off-season.

Buckle up, and kick the seat in front of you, would ya, because those Mariners fans, they’re always pushing their seatback into my knees.

Jeffrey Barker of The Baltimore Sun reports that there is a Nats fan who “sacrifices” rubber chickens during losing streaks. “He cuts their heads off. He seems like a nice guy though,” one fan told Barker this week.

Seriously, no. Just no.

You may think that you were jinxed by bad calls, or tired, overworked pitchers, or the lights, my god, the lights, this week.

But, you weren’t, Lady Nat-erly’s Lover. You were jinxed by this … and, sure, I probably could have mentioned this earlier, so you could salvage your post-season, but I’ve been busy.

I don’t want to hurt your feelings, but … no.

The Brewers have their sausages, the Pirates their pierogies, and the Royals have their hot dogs … people dressed in unflattering costumes that race around the field mid-game to the delight of the crowd.

Let me be honest here, Natty-Bro’, your Presidents’ Race – which usually involves at least one U.S. President face planting on the warning track or falling prey to the evil-doings and cheating of others – makes me a little uneasy. Hasn’t Abe Lincoln been through enough?

But, there’s an even bigger problem here. 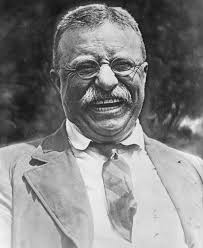 “With all of his love of outdoor life and sports, Mr. Roosevelt did not go within the ball grounds during his seven years in the White House.” ~ The Washington Post, 1909

It’s not that Teddy Roosevelt loses the Presidents’ Race all the time – he went 0-84 this season – it’s that you even put him out there.

Washington and Jefferson never went to ballgames either.  Sure, there were no baseball games to go to, you argue, but when you’re trying to fix a jinx, you can’t let technicalities get in the way. 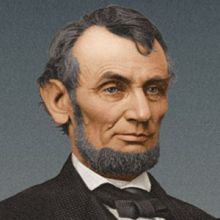 “I am glad to hear of their coming, but they will have to wait a few minutes till I get my turn at bat.” – President Abraham Lincoln

Lincoln played on the White House lawn and often attended semi-pro games. But the rest? Nothing.

At least they go to games. (Yes, you can get pierogies at Pirates games. Do you think I just make this stuff up?)

If you leave those baseball-less Presidents out there to run around smacking into each other like low-rent Stooges, you’re never going to win. Ever.

How about getting some current public officials to run around the warning track instead? Maybe Cabinet Secretaries or Members of Congress who are under investigation. You’ve got plenty of those. Win 10 times, get a presidential pardon.

Now that I’ve solved that for you, it’s time for a little perspective.

It sucks to lose. Trust me, I know better than you do, my darling little Nat-ashas.

But, you gave it your best shot. And, someone had to lose.

And, sure, I think we all knew it was going to be you.

But that doesn’t mean you have to turn into a Nat-tering Nabob of Negativism. (Disgraced Vice President Spiro Agnew? Football fan.)

Look at the bright side, my darling little Nat-amarans. You have a team (again).  Poor Montreal doesn’t have anything.

“You expected to be sad in the fall. Part of you died each year when the leaves fell from the trees and their branches were bare against the wind and the cold, wintery light. But you knew there would always be the spring, as you knew the river would flow again after it was frozen.” ~ Ernest Hemingway

Next on How to Fix the Nationals – let’s talk about that logo.