“Hey, I know the rules. Someone has to have the worst record in baseball. I just wish it wasn’t the O’s.” ~ A thoughtful Orioles fan in this morning’s Baltimore Sun. (Oh wait … hey, it’s me!)

I am in a bad mood this morning.

Fun Fact 1: The Baltimore Orioles lost their 100th game last night and the Kansas City Royals will likely lose 100 before the season is through. The Boston Red Sox would have to stink mightily to not win 100+.

Fun Fact Analysis 2: The Baltimore Orioles winning the AL East in 2014 is the best part of this analysis.

There are other teams that have had worse seasons than the 2018 Orioles. I don’t care. The Orioles are the worst of now.

I still don’t know what that mindset should be.

Why are you still smiling?

It’s probably not doing you any good to cheer for a team if they’re just auditioning players for the future and not really … well … playing for today.

You keep supporting them, sure – those are the rules, bandwagoneers – no matter what.

You root for these kids, even if you don’t know their names. 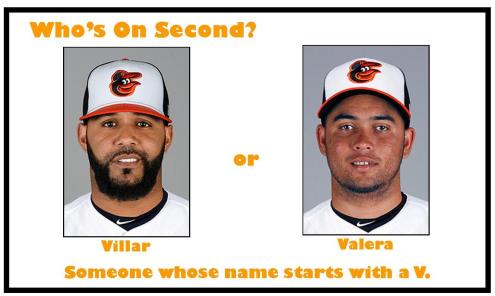 But, it’s hard to cheer for a game like this …

So, what now? Are we supposed to just sit and mope?

And, now you’ve gone and messed it up. Now, I’m supposed to be the Pollyanna who says, “There, there, it’s ok. We’ll win again. Not today. Not next year. Possibly never. Really, I don’t know. But, please stop crying. You still have your Jonathan Schoop t-shirt. You’ll always have that.”

No loss is pretty, but some losses are decidedly unprettier than others. When you have 100 losses to choose from, you can get pretty choosy.

Some losses hurt, some make you angry, some make you feel cheated, some seemed so close, some make you cry, and some, like last night’s, are just a bad takeout pizza – greasy, cold, and, what the hell?!, I didn’t order pepperoni.

Why watch the equivalent of a cold and greasy pepperoni pizza?

Why not change the channel?

I don’t know. Maybe the remote was too far away and Editor/Husband was busy doing a crossword puzzle. Hey, does anybody know a three-letter word for a “Kool-Aid alternative”? (Don’t say “Gin.”)

Anyway, in the middle of last night’s game, the Orioles broadcasters (Jim Hunter and Mike Bordick … just to be clear that Hall of Famer Jim Palmer was not party to this) began discussing pencil sharpeners.

I am not making this up. That’s what they came up with. It might have been a one-minute conversation, but, honestly, it might have gone on for the entire inning. Time and distance get pretty muddled when your team sucks and the only thing your broadcasters can think of to kill time is to discuss hand-crank pencil sharpeners.

So, there you have it. That’s the new mindset, Orioles fans. 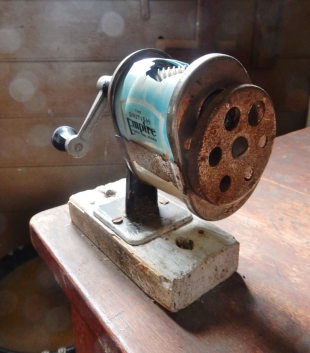 By Michael Coghlan, via Creative Commons

Welcome to the Birdland Blues.

19 thoughts on “The Lodestar of Losers”