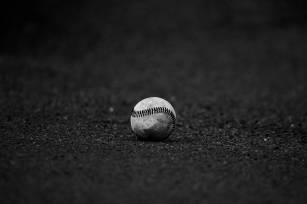 Just a few hours ago, the Baltimore Orioles announced on Twitter that tonight they will be playing real life baseball.

To quote John Lennon – who said a lot of things better than people like me – describing Strawberry Fields, the park of his youth … “nothing is real.”

Because, nothing is real … or right … or normal these days and certainly not baseball, which is kicking off a 66-day season this week and pretending it will somehow, someway equal a real six-month season.

Yesterday, Canada politely – because they are a polite country – told the Toronto Blue Jays to buzz off, because Canada is not about to jeopardize the health and safety of its country just so a bunch of ballplayers can traipse in and out of Toronto to play a 66-day season which, I’m sure you’ll continue to agree, is not a real season.

So, the Toronto Blue Jays are homeless, which is kind of sad, but good for you, Canada.

I can’t help but be a little giddy about baseball games starting up this week and I’m mad at myself about that. I’m supposed to be angry and weary and sad and ready to chuck the season for the greater good of making our country healthy.

And, I am all those things. Angry, weary, sad, and ready to chuck.

I am all those things.

But, then, I get angry and weary and sad and ready to chuck the season all over again because who am I to ask someone to risk their health – and the health of their families – just so I can feel a little less miserable?

Nothing is real anymore. Not even baseball.

Always, no, sometimes think it’s me
But, you know, I know when it’s a dream
I think a no, I mean a yes
But it’s all wrong
That is I think I disagree