“Once a woman becomes a (baseball) fan, she is the best fan in the world.” ~ Bill Veeck, Baseball Team Owner, Promoter & Innovator

I like to think that my parents named me for Jackie Robinson, although I know they didn’t.

(You haven’t either? Sigh.)

In 1931, Mitchell was the first woman to get a professional minor league baseball contract, signing with the Double A Chattanooga Lookouts. She had one good pitch – a sinking curveball that broadcasters today would probably call “filthy.”

In a 1931 exhibition game against the Yankees, Mitchell, just 18 years old, struck out Babe Ruth and Lou Gehrig on just seven pitches. (Ruth threw his bat, grumbled angrily, and had to be led back to the dugout by teammates.)

Some argue that Ruth and Gehrig struck out on purpose that day, just for a gag. But, some big boy egos must have been bruised because just a few days later Baseball Commissioner Kenesaw Mountain Landis voided Mitchell’s contract because baseball was “too strenuous” for women, particularly those with nasty curveballs.

Some of my favorite baseball “guys” are girls.

And, since this is blog post #100, I was going to list 100 of them for you. (Cute, right?) But, Editor/Husband got overwhelmed by my loving and long list of names and suggested that I mention just a few instead. (Killjoy.)

Jackie Mitchell was striking out superstars 83 years ago.

Jennie Finch did the very same thing in 2004. (You should hear the excuses people made for Barry Bonds and Albert Pujols who were “struck out by a girl.” Actually, they were the very same “they struck out on purpose” excuses made for Ruth and Gehrig decades earlier. But, Pujols admits, she blew the ball by him.)

Lizzie “Spike” Murphy played with, and against, men in countless semipro, barnstorming, and exhibition games between 1918 and 1935.

Even the great pitcher Satchel Paige couldn’t get her out (she singled) and she played with some of the era’s greatest male players as a member of American League and National League All-Star teams in games against the Boston Red Sox and the Boston (now Atlanta) Braves.

Hundreds of “Bloomer Girls” teams prowled the country from the 1890s through the early 1930s taking on whatever men’s local, semipro, or minor league teams they could find.

They were followed by the All-American Girls Professional Baseball League (1943-1954). And, many women of color, denied a place on still-segregated All-American Girls’ teams, played alongside men in the Negro Leagues. 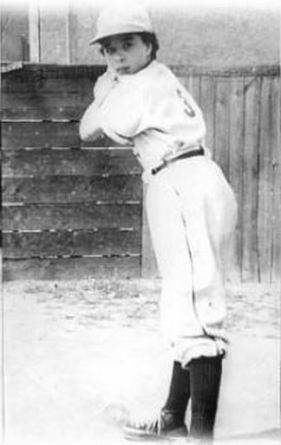 Kay “Tubby” Johnston Massar disguised herself as a boy so she could play Little League in Corning, New York in 1950. 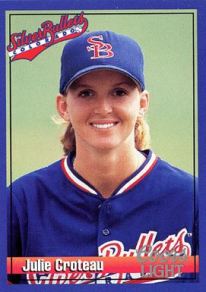 In the late 1980s and 1990s, Virginian Julie Croteau played men’s NCAA baseball and later coached NCAA men’s baseball teams, including at Division I University of Massachusetts, and had a long career at the semipro level. She is also one of only two women to play in Major League Winter League ball. 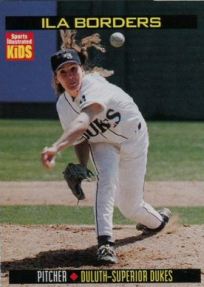 In 1998, pitcher Ila Borders became the first woman to win a minor league game during the modern era (with the independent league Duluth Dukes).

There are other amazing trailblazers, too. So many. Many played against men. Others broke barriers as umpires, trainers, front office executives, announcers, and reporters.

But, we fans need our role models, too.

So, let me tip my fan-cap to the most famous “unknown” woman in baseball … “baseball mad” Katie Casey, a fan whose love of the game back in 1908 is recounted during nearly every seventh-inning stretch in the song “Take Me Out To The Ballgame.”

If Katie were around today, she’d love great plays at third, a well-stocked bullpen, three-run homers, and the AL East.  She’d never waste an out on a bunt. And, she’d have her own blog. I just know it.

Postscript: It took me a couple weeks to pare this post down to highlight just a few women, eliminating what hatchet-man Editor/Husband called the “blah, blah, blah.” I cut even more on Thursday night … painstakingly deleting fascinating stories, amazing people, and prose that, I’m sure, would have made Grantland Rice jealous.

As I did this, the Baltimore Orioles were playing the second game of a double header against the Pittsburgh Pirates. I watched, I chopped, I watched, I rewrote. Top of the first, Orioles’ ace Chris Tillman loads the bases … walks in a run … walks in another. He threw 49 pitches in just that one half inning.

Then he settled down. And, then this post was done. And, then, it’s four hours later and this happens …