For 17 hours this week, the Baltimore Orioles led the American League East.  Ahead of the New York Yankees.  Ahead of the World Champion Boston Red Sox.

It was a nice 17 hours, although, truthfully, several of those hours were in the middle of the night when I couldn’t really enjoy it fully.

They say one shouldn’t live in the past, but I hope you won’t mind if I just …

What a whirlwind, crazy, exciting ride it was.

The Orioles promptly lost their next two games.

No more number one.

(I believe at one point today as the Orioles were losing to the Minnesota Twins I said they “suckity suck suck.” This is the clever kind of thing that baseball fans say when they’re being betrayed by the players they love.)

There is a week that comes in every baseball season, when a private, quiet kind of panic begins to set in for fans of teams that are not number one.

This is that week.

A week ago, Editor/Husband and I went to our first Orioles game of the season.  (Yes, it is a six-hour round-trip drive. He is the best.)

But, the sun was shining. 3,500 Little Leaguers were there. I took these pictures. So really the day wasn’t a total loss.

Here’s Orioles Pitcher Chris Tillman out by the bullpen. Four days later, against the Pirates he would throw 49 pitches in the top of the first and walk in two runs. The Orioles won anyway.

And, as a big fan of the bullpen and relief pitchers, I’m delighted to see they’ve dressed up the place with flowers. 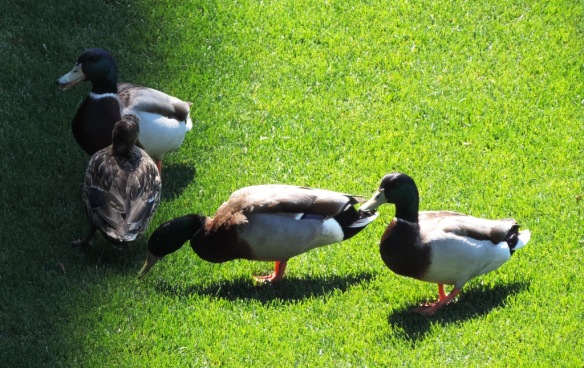 These are ducks just behind center field.

These are Little Leaguers. More than 3,500 of them paraded around the ballpark before the game. It took more than an hour. The Orioles said “hi.”

Once again, I am besieged by protective netting. Let’s play “Guess The Infielder!” 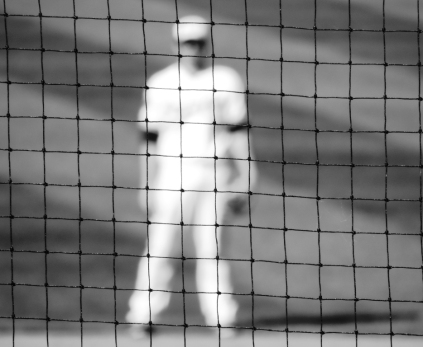 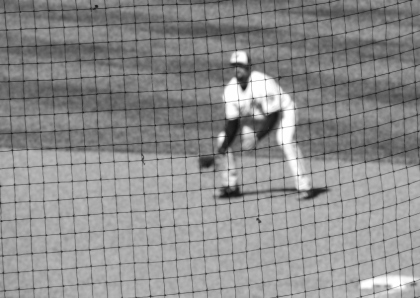 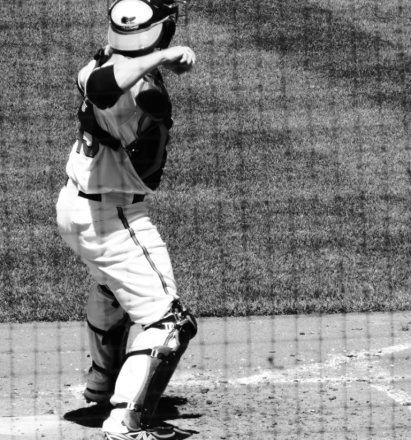 This is a kid who’s excited to be at a baseball game. He is a wide-eyed innocent who believes in his team and in a world that is just and fair.

This is a kid whose favorite team is rolling over to the Royals. I think he’s aged a bit this afternoon, and from here on out every smile will be tinged with just a hint of sadness.

Shortstop J.J. Hardy knew that if he stopped mid-game to pose for my photo he would get to appear in this post twice. Congratulations, Mr. Hardy.