“The charm of the work of the Baltimores is that every man is alive and thoroughly in earnest, playing ball for all he is worth all the time. It is a very hard club to beat, and it is the verdict that there is little wonder this club won the pennant last season.” ~ The Boston Herald, Spring 1896

I guess I don’t have to tell you why I’m writing.

At 8-25, you’re tied with the Reds for the worst record in baseball.

You’re worse than the terrible everyone predicted you’d be.

You’re 16 games back of the AL East leading Red Sox, which is pretty nuts, because you’ve only played 33 games.

So bad I have to make up words to describe the badiciousness.

This is “unbelievably bad” territory.

You blow first innings, you blow ninth innings. Those innings in-between? You blow them, too.

And, extra innings too … because …

Even when things are going right, they wind up going lousy.

The game-winning home run in the 12th inning came from the A’s Khris Davis, not the O’s Chris Davis.

“Loser” doesn’t look pretty on you.

Last night, on a rehab assignment at Triple A Norfolk, ever-smiling second baseman Jonathan Schoop was called out by fans for ducking out a side exit after the game in order to avoid a handful of children who were waiting for an autograph.

This is a good time for the reminder that not all players are nice people, or always sign autographs, or do the right thing. They're just good at baseball.

Lately you all aren’t even particularly good at that.

Let me tell you a story about an opossum. (Hear me out, would you? There’s a point.)

On May 3, 1896 – just 12 games into the season – the Baltimore Orioles were a middling bunch. The Orioles had started off meh – 5-7. That put them behind Chicago. Behind Cleveland. St. Louis, Brooklyn, Washington, Cincinnati, Boston, Philadelphia, and league-leading Pittsburg. 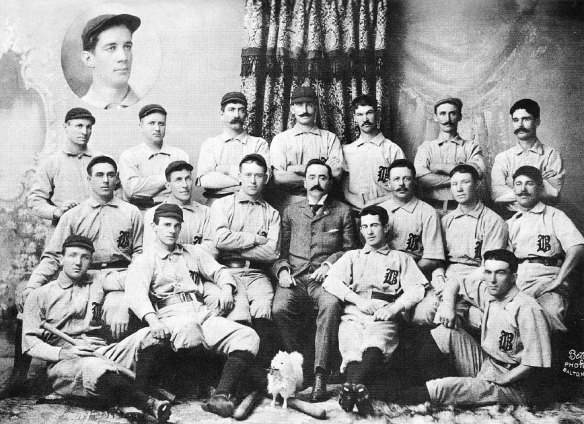 Something wasn’t right in Birdland. It was early, but there was already talk that the Orioles – the powerhouse 1895 pennant-winning Orioles – were just not the team they used to be.

Something had to change.

And, look, I’m not saying you should try what these Birds did. (I strongly encourage you not to, in fact.)  I’m just saying  … you need to do something … fast … and maybe a little creative thinking is in order. Because, with all due respect, nothing else you’ve done has worked.

As the season began, the Orioles had an opossum delivered from the Eastern Shore to serve as the team mascot. 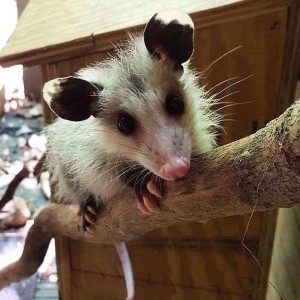 Why an opossum? I don’t know why. They just did. Look, that’s not the point. Pay attention. They had an opossum sent from the Eastern Shore and it was their mascot.

What is the point is that the opossum was, obviously, bad luck.

“It proved itself to be most damaging to the club, as is shown by the results of the games played up to this time,” The Baltimore Sun reported.

After an especially bad outing in Boston, some players who had stayed back in Baltimore sought out the opossum mascot.

Despite the killing, the Orioles lost their game that day anyway.

But, there was a simple explanation, according to The Sun: The bad luck opossum had to be eaten “before all the malevolent effects are cleansed from the air.” And so an appropriate “colored man” was found who cooked and ate the opossum.

This is the point where I remind you that those 1896 Orioles went on to win the pennant and are still remembered as one of baseball’s greatest teams.

But, I don’t want you running around looking for opossums. Opossums are harmless and innocent creatures – America’s only marsupial. 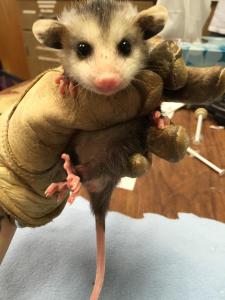 What worked in 1896 isn’t going to work now. And, you have more important things to do anyway. Like fielding drills. Bullpen practice. Learning to bunt.

At least I don’t think so because …

“The club stands badly in need of an Irish setter dog. That’s our true mascot,” Orioles “Ground Keeper Murphy” told The Sun. “We had one in 1894 and another in 1895, and while it is true that this dog tried to bite pieces out of [second baseman] ‘Kid’ Gleason, he was certain good luck.” 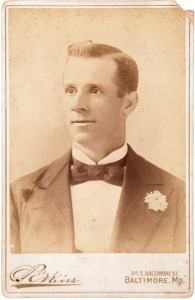 The good-luck dog, named “Trim,” had died in March, The Washington Evening Times reported. Murphy was certain that was the problem.

“I think that if some good friend of the Orioles will send an Irish setter out to the grounds we will have the right sort of luck – now that the plaguey oppossum’s dead.”

I can’t tell you if someone ever turned up with a dog. But, the season turned around, so I’m just going to go ahead and say, yes, I’m absolutely certain, based on nothing more than the Orioles post-opossum record, that they did. 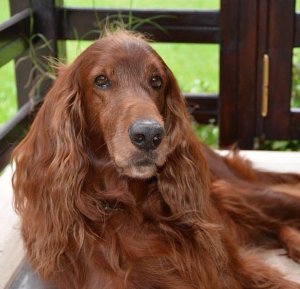 Jimmy Kilfoyle, a 12-year-old runaway from Macon, Georgia, emptied a family bank account of $25, hopped a train, and came to Baltimore to see his heroes – the Orioles and, especially, shortstop Hughie Jennings. “Jimmy The Mascot” had been their bat boy that spring in Macon.

Back in 1896, no one much cared when a 12 year old skipped town to run off with a baseball team. A few players took him out for a steak dinner and let Little Jimmy, their lucky mascot, carry their bats at their next game.

They lost that game, so it was a good thing Little Jimmy’s brother showed up that afternoon to fetch him.

The Orioles, rid of “Jimmy The Mascot,” won their next six.

(Dear 1896 Orioles, Thank you for not killing Little Jimmy.) 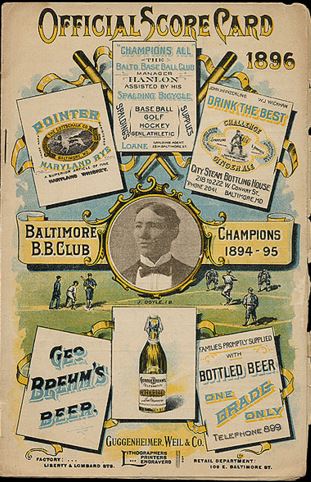 After that horrid start, the 1896 Orioles got their act together, finished 90-39 – a .698 win percentage – won the pennant handily and swept the Cleveland Spiders to win the Temple Cup.

In the four years that the Temple Cup championship was played, 1894-1897, (these were the days before the World Series) the Baltimore Orioles played in all four series and won two.

You can do that, too.

You can’t beat the Cleveland Spiders, but you know what I mean. You can identify the bad luck. And, fix it.

Sacrificing an opossum isn’t the point. Seriously. Just shut up about that.

I’m just asking you to look deep inside yourselves and see what the hell it is you did to jinx our season. Because I didn’t do it. So, it must have been you.

We will not be sacrificing an opossum.

But, we better do something soon. And, by “we,” I mean “you” because you need to straighten this mess out.

Here’s one other bit of advice from the 1896 Orioles.

During that opossum-cursed losing skid, the Orioles had a day off between games in Boston.

Look what they did. 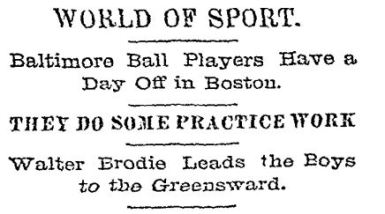 Your Concerned Friend, The Baseball Bloggess

P.S. Be nice to opossums. 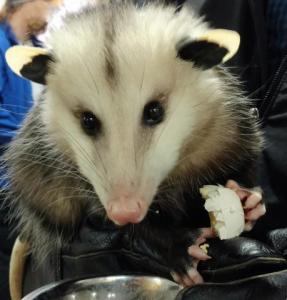