Let me save you some time.

Here are three sports’y things you should make time for. And, one thing you shouldn’t. 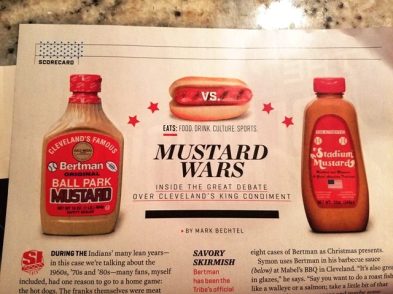 What idiot would actually make a BBQ sauce with two kinds of mustard, some bourbon, and an awful lot of vinegar simply because Sports Illustrated published it? 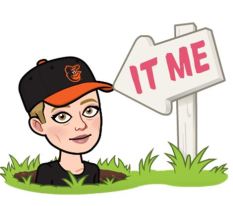 Sports Illustrated has its place … in the kitchen is not one of them.

(Editor/Husband dunked a cracker in it and thinks it has potential. He is wrong. It is awful.)

So, before you go rushing off to buy bourbon (it’s not like you have any just lying around, right?) or to watch college football (which, I’m told, is a thing) … here are three things you should make time for.

A Lifelong Dream Washed Away 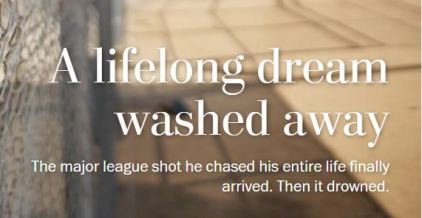 The Washington Post’s Dave Sheinin shares the story of pitcher Brian Mazone, who at age 30, after eight years in the minors, got his call up to the big leagues in 2006. And, then it rained and his big league career that was just starting, just stopped. Forever. Because it rained. These are the kinds of stories that leave you conflicted – feeling sorry for the guy who came this-close to having his shot in the big leagues, but not sorry for the same guy who got to make a living for awhile playing baseball, even if he never played a day in the majors.

Remember Caroline County, Virginia? Earlier this year, I shared the stories of two major league players and one current MLB coach who all hailed from this small-ish county in the middle of the state. Ring a bell? It was rare, I said, for three great athletes to come from such a sparsely populated place. Add in Secretariat, who was born there, too. I was sure I had covered every sports star that Caroline County ever produced.

I was wrong. (You really shouldn’t trust me.) 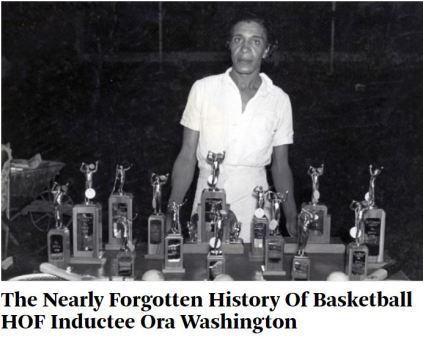 Please read (or give a listen) to Only A Game’s Karen Given’s piece this week on Ora Washington.

Next week she will be inducted into the Naismith Memorial Basketball Hall of Fame.

She was born in Caroline County. But, she was an extraordinary athlete, no matter where she was from.

I think I watched it all these past few days, as the nation has mourned the passing of Senator John McCain (R-AZ). And, maybe you have, too.

Full disclosure, I have a warm spot in my heart for Senator McCain – I worked at Common Cause during the days when he and Senator Russ Feingold (D-WI) championed campaign finance reform, which led to the passage of the McCain-Feingold soft money ban in 2002. It was historic.

The inspiring words of his daughter, his Senate colleagues, and former Presidents this weekend so richly reflected McCain’s passion, tenacity, and devotion to this nation.

But, this little tidbit made me smile.

At his service in Phoenix, former Arizona Diamondback outfielder Luis Gonzalez served as one of McCain’s pallbearers. They were friends and Senator McCain had asked Gonzalez to do this.

McCain was a sports fan.

And, he often said that his favorite Arizona sports moment ever was Gonzalez’ walk-off hit off of the Yankees Mariano Rivera in Game 7 of the 2001 World Series.

Senator McCain, this is for you: