This was the summer of snakes.

And, not just the long black ones that prowl one’s property looking for mice. The harmless ones.  Well, harmless to people anyway. Mice, not so much.

This was the summer of copperheads. 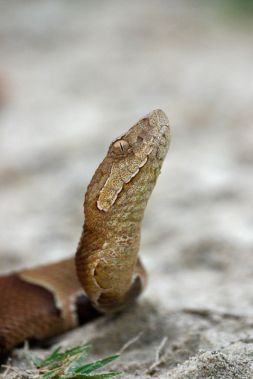 There was a point this summer that my Facebook page should have been brimming with pictures of homegrown red tomatoes and zucchinis as big as a strongman’s arm posted by Virginia friends with far more gardening skills than me.

But, it was a too-wet summer. And, a snaky one, too. There were copperheads hiding in gardens, amongst the tomatoes and the zucchini vines. (And, coiled up in flower beds, on front porches, and, for one of my friends, in her garage.)

It was unusually snaky.

Copperheads are not harmless. The Virginia Herpetological Society reports that the slang name for a copperhead is “dumb rattlesnake.”  I would be a little pissed off about that if I were a copperhead. (Which I am not.)

Last month, the Wildlife Center of Virginia ended up – briefly – with a two-headed copperhead.  (Coppershead? Copperheads? Copperheadhead?) It made national news although it wasn’t at the Center long.

I tell you all this not just to tell you about the two-headed copperheadhead. And, I certainly don’t want to annoy all the copperheads out there by suggesting that “dumb rattlesnake” is an appropriate thing to call them, even if it describes their soundless ways and not their IQs. I’m sure copperheads are very smart.

There was a time, 100 or more years ago, when a baseball diamond was sometimes called a garden. Not a field, not a park, but a garden. Not always. Not often.

But often enough that this summer of copperheads in my friends’ gardens makes me think of baseball.

(And, not just the Arizona Diamondbacks who are named for the diamondback rattlesnake, the largest venomous snake in North America. The team also would have been within their rights to name themselves the Sonoran Sidewinders, another native Arizona snake and, arguably, a way better name.)

(I’m told by the Googler that the D’Backs once had a minor league team named the Tucson Sidewinders who are, today, the Reno Aces. Nobody thinks the Aces is a good team name.)

But, baseball is sort of like a garden. And, unexpected snakes pop up from time to time. Weird things.

(It is here that I remind you that for 17 seasons Baltimore’s old Memorial Stadium included a tomato patch, tended by the groundskeeper and Orioles Manager Earl Weaver, in foul territory next to the left field line.)

Let’s just get on with some of the weirdness coiled up in this postseason.

1) Everyone’s an underdog. Seriously? Enough of that. I think the Dodgers are the only team in this postseason not to claim underdog status. Are you kidding me, Red Sox? You won 108 games and have the second-largest payroll in baseball. You are not underdogs. I am officially banning “underdog” from use in the postseason.  If you made it this far … you are an overdog.

2) Where are the starting pitchers? Pitching has gotten so … weird. Superstar starters are having freakishly sucky postseason outings and relievers are now starting games, but aren’t called starters, they’re called “openers.” Why? Why can’t you just call them starters? Why do you have to make up a new term for a starter who is a reliever but is starting because the starters suck?

(Editor/Husband will vouch for the fact that several seasons ago I suggested the Orioles scrap their starters entirely and just put a new reliever out for every inning.  I was years ahead of my time.)

Another October. Another Sad Kershaw added to photo album. pic.twitter.com/UDG7q3RCHw

3) Where is Jonathan Schoop?  At this summer’s trade deadline, the Milwaukee Brewers traded for one of my favorite Baltimore Orioles, 2017 All-Star and Most Valuable Oriole (MVO) Jonathan Schoop. They traded for him and then they benched him. Brewers fans were perplexed at the trade anyway because the team didn’t really need a second baseman. So, now they trot him out every once in awhile, a complicated rhythm for a guy used to playing every day and then when he’s crummy (like last night’s 0-for-5 crummy) they grumble at him. Can we just have him back?

I am posting this Schoop at-bat, but it breaks my heart to do it.

4) Who’s Playing? Throughout the recent ALCS and NLCS games, the broadcasters have noted that several players haven’t played in awhile – “He hasn’t pitched since September 30,” “This is his first appearance since September 20.”  This leads me to wonder a) how many players are on a team’s postseason roster? 100? And b) if no one has been playing lately, who’s been playing lately? (Not Jonathan Schoop. See above.)

5) Cheaters! The Cleveland Indians filed a complaint with MLB that the Houston Astros were cheating in the ALDS by having someone taking cell phone video of the Indians dugout in an attempt to steal signs. “The Astros reportedly try to train cameras on the opposing catcher, manager, and bench coach in an effort to steal signs and pick up tendencies,” according to Cleveland.com. This is not weird. What’s weird is that every team hasn’t filed some complaint about every other team stealing signs.

None of this is two-headed copperheadhead weird. But, still, a little weird.

I don’t have a team to root for this postseason, so I’m just rooting for Jonathan Schoop to get a hit for the Brewers. That’s all I ask. 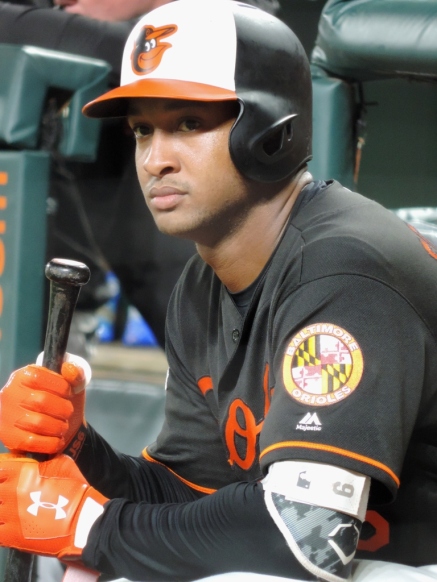 20 thoughts on “A Two-Headed Copperhead & A Weird Postseason”