Sometimes after a long day and work has weighed heavily on me, I’ll look into a mirror and see my mother looking back. Not the bright, young, bewitching mom that I remember most, but the older, tired mother, made haggard by years of hard work and an illness that should have, predictably, killed her in her forties, but didn’t.

My mom was much stronger, much tougher, much more focused than I am, and there are many times that I will say, sometimes out loud, “Mom, why couldn’t you have given me that tough gene of yours?”

My mom was, at her core, a private and quiet woman and she wouldn’t be happy at all to know that I have written about her illnesses and struggles on here.

But, she would be glad to know I still write.

Because, my mom supported everything I chose to do … every direction I wandered in, no matter how weird and how awkward. Even when my dad disapproved, my mom trusted me.

That’s what moms do, right?

We sit among the parents of players at University of Virginia baseball games and I love watching the moms watch their sons play. I know from their conversations that many of them drive hours to every game in Charlottesville, even if they know their son probably won’t play that day. That’s what they do.

My mom and I had our differences – I did inherit her stubborn gene, after all – and, in many ways she pushed me hard to move forward and to follow my own path, even though it wasn’t the one she wished I would take.

I decided in fifth grade I would become a writer. I wrote a story, which I still have around here – somewhere – about a magical animal, a hybrid lion-tiger that was large and ferocious, but was, at its core, friendly and purred. It took care of its neighbors and defeated the hunter that tried to trap it. My story was carefully illustrated, too, with pencil and crayon.

It was brilliant. I know that it was brilliant, not because it actually was, but because my mom thought it was. And, she kept in a folder with other things – like every one of my report cards and the verification that I had my measles vaccine – and that is why I still have it, my lion-tiger story. It’s around here, somewhere.

That Christmas she got me my first typewriter … a blue, manual “children’s” typewriter with a case from the Sears catalog … to encourage me to write and to keep me from constantly wearing out the ribbon on my dad’s typewriter. 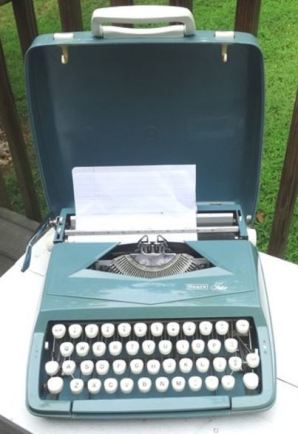 This was pretty much it.

When I graduated high school, she upgraded me to an electric typewriter.

And, when I graduated college, she upgraded me again to a weird electronic typewriter which I still have – somewhere – but never used because by then we all used computers.

My mom and I fought, but I think she just wanted to make me strong.

She loved strong women who persevered in a “man’s world.”

She would love that the U.S. Congress, today, is one-quarter women, but, she would say – and I can hear her in my head right now – “Not enough.”

She would love to see so many women running for President.

She would love, too, the advancements made by women in sports.

She would love Jessica Mendoza, a former softball star who is part of ESPN’s Sunday Night Baseball broadcasting team and is a baseball operations advisor for the New York Mets.

“I want to be a role model,” Mendoza told Sports Illustrated last month. “Girls need to see it to believe.”

(My mom was a baseball fan only once – in 1969, when she decided that we would both root for the New York Mets in the World Series, because they were massive underdogs. I was still years away from loving the Baltimore Orioles, and I’ve felt really bad about this ever since.)

“I want you to hear me, instead of simply writing me off because I’m a woman,” Mendoza told SI. “There is a big difference.”

Do one thing for my mom: Read Sports Illustrated’s profile on Mendoza here.

My mom would have enjoyed SI’s story, because she would love everything about Jessica Mendoza. Then she would have put the magazine down, taken a pull on her cigarette, and said with a little bitterness – and, once again, I can hear her in my head, “A woman should have written this.”

I wasn’t sure what to write about my mom this Mother’s Day. I write about her here every year. It’s the least I can do, even though she’s been gone for nearly 12 years now.

She wanted so much for me, and I often wonder if I disappointed her.

Because I know my mom would read it if she were still here. And, she would think it’s brilliant. 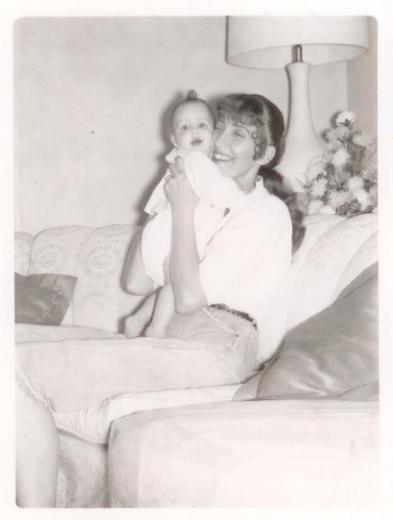 (Editor/Husband says I am the one with the Kyle Guy “Man-Bun.”)

14 thoughts on “Because That’s What Moms Do”