As I was writing this post … and by “writing” I really mean, “thinking about writing” … a stinkbug climbed onto the rim of my coffee cup and fell (or jumped, it’s hard to tell) into my morning coffee. I was able to fish him out – saving his life, but not my coffee. This has nothing to do with anything, except that drowning in a good cup of morning coffee is probably not the worst way to go.

And, now to our top story …

Last week, the Boston Red Sox traded their superstar outfielder Mookie Betts in a three-way deal sending Mookie to the Los Angeles Dodgers. Then the deal fell apart. Then it fell back together.

Now, a week later … the Boston Red Sox have finally traded Mookie Betts (along with pitcher David Price) to the Los Angeles Dodgers.

Let’s say you, like me, have a cat named Mookie.

I’m sure that your Mookie Cat, like mine, has a lot of questions about this trade of Mookie Betts from the Red Sox to the Dodgers, specifically related to how it might affect them directly, especially when it comes to mealtime. Maybe you have a dog named Mookie. And, maybe your dog Mookie also has questions.

Sorry. This is just for cats.

My Mookie arrived in April 2015, born to a feral mom – who was completely nuts – in our corral.  Mookie and his siblings, ferals all, were eventually trapped one by one and brought in the house.

(You can read his exciting story – From Feral To Mookie – here.) 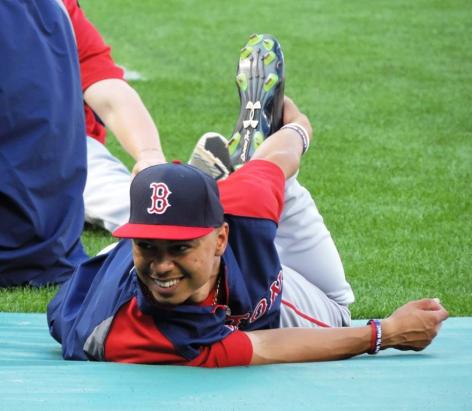 But, I didn’t want Red Sox fans getting all “So you’re a Sox fan now with your Mookie Cat?” which is how Red Sox fans react to things.

So, we extended Mookie’s name to also honor Mookie Wilson, who helped destroy the hopes of Red Sox fans in 1986 when that Mookie, as a New York Met, hit the ground ball that went between the legs of Red Sox first baseman Bill Buckner and led to the Mets winning Game 6 – and, ultimately, Game 7 – of the 1986 World Series. 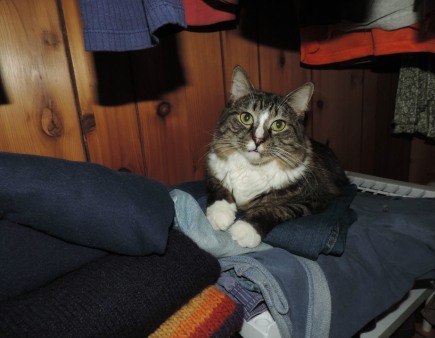 Here are some answers to some questions Mookie Cats everywhere might have as they adjust to the Mookie Betts trade to the Dodgers.

Did the Red Sox trade Mookie Betts because he was bad?

Did he throw up a hairball on the rug?

Vomit up his breakfast on the other rug?

Shred so much toilet paper that you now have to keep the rolls zipped up in camping bags?

So, why did the Red Sox trade Mookie Betts?

Are we moving to Los Angeles now?

Will we now be living on Pacific time?

No. We will continue to live on Cat Time, which means any hour of the day — or night — will be your time to fly around the house, fling things off of tables, and wildly scamper across the bed.

Will this affect my meals?

What the heck? Dodger Dogs!? Are they real dogs?

No. Dodger Dogs are hot dogs, not real dogs.

And, they’re probably not a dollar anymore …

So, no Dodger cats? 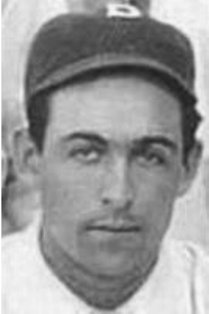 Outfielder Tom Catterson played in 28 games for the Brooklyn Dodgers between 1908 and 1909.

How good was he?

Not Mookie-good. Not even close. Let’s let the 1908 Brooklyn Standard Union sum up Catterson’s career in 17 words:

“Tommy Catterson looks good with the stick, notwithstanding the fact that he did not get a hit.”

I can sum up the “sum up” in four words:

Weren’t the Dodgers possibly cheated out of two World Series — in 2017 and 2018 — by the Red Sox and Astros who were found to be sign-stealing in those seasons?

Didn’t the Baltimore Orioles sweep the Dodgers in the 1966 World Series?

Were the Orioles cheating?

Do we hate the Red Sox now?

No more than usual.

But, we still love Mookie, right?

And, I’m not traded?

Can we watch Mookie Wilson’s historic at-bat against the Red Sox in the 1986 World Series?

Of course we can …