Sure, we knew it was going to happen. You lost your 100th game last night, to the Detroit Tigers, the team with the worst record in baseball … even worse than yours.

But, look! You can lose a game (a game you coulda, shoulda won) by giving up a grand slam in the 12th and you’re still not the worst team in baseball.

So, there is that.

You were going to lose 100 games this season, we knew that all along. But, you stretched it out a bit this year. With two weeks left, you’ve already won more games then you did last season. Yay. 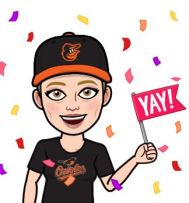 Someone on Twitter noticed that today’s game – Baltimore Orioles at the Detroit Tigers – will mark the first time in American League history that two teams with 100 or more losses each will play each other.