A friend told me recently she hates baseball.

“I hate all spectator sports, but I especially hate baseball.”

I’m pretty sure she doesn’t read this blog.

I think her baseball-hate thing comes from a long-ago doofus boyfriend who would watch the Mets on television with his father and not include her.

Baseball, as in many things, has its share of doofuses.

But, you shouldn’t hate baseball, just because you dated a dolt. (And, really, if your boyfriend is bringing his dad to your date night, you’ve got relationship problems well beyond baseball.)

The thing that really bothers me, though, is that she called baseball a spectator sport – some boring, passive, sit-around-and-watch sort of thing.

Binge-watching Downton Abbey is a passive spectator sport.  Oh, and it will probably kill you.

Baseball is no spectator sport.

Even at our laziest, we always get up and stretch in the 7th inning.

To be a real baseball fan, however, requires a bit more than just a stretch. It takes commitment and, occasionally, Gatorade.

There are those slightly weird, old-fashioned purists who bring their scorecards to games and carefully pencil in every play.

(I met a nice old fella at an Orioles game this season who chuckled because I did my scorecard in pencil. He and his wife keep separate cards. In pen. Show offs!)

There are fans who will happily wear whatever in order to break a Guinness World Record in the middle of a game. 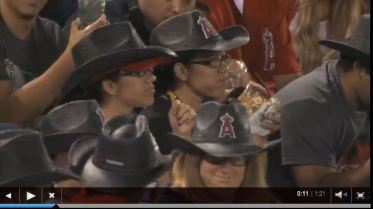 Always on alert, there are fans catching foul balls and home run balls at every turn, sometimes even while holding a baby. 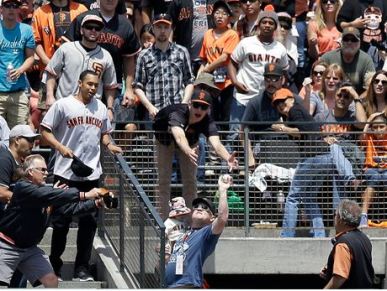 There are fans who dance … 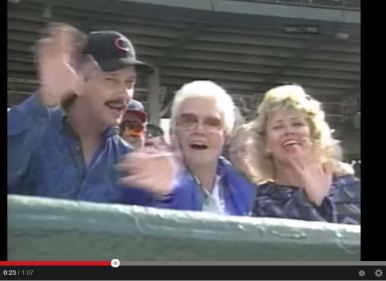 Even if you aren’t actually at the game, there is still much doing to be done.

Have you voted for your All Stars, yet?

Because, you only have until this Thursday, July 3, to vote online for the starting line-ups for this year’s game.

You might think this is where I will beg you to vote for all the Baltimore Orioles.

You would be wrong. Even The Baseball Bloggess can’t vote for all of them.  Not this year.

But, I can vote for a few, and there’s one in particular that deserves – and needs – your support.

His plays in the field are seldom flashy, simply because he positions himself so well, that he rarely has to overcorrect. (It’s often those over-correctors who make the highlight reels with their crazy chin-first swan dives into the ground.)

His uniform stays pretty clean in the field.

I bet YOU made an error at work last year. Nick Markakis did not.

Trust me, it’s not for lack of work. It’s not like the Orioles crack team of starting pitchers is striking everybody out.

He is stellar in the outfield. But, unheralded, because he goes about his business without grandstanding.

But, no showing off, no fancy home run handshakes, no bat flipping, no jawing at umpires.

And, in nine big league seasons NO All-Star Game appearance.

And, that just stinks.

So, Vote for Nick.

Because he does this … 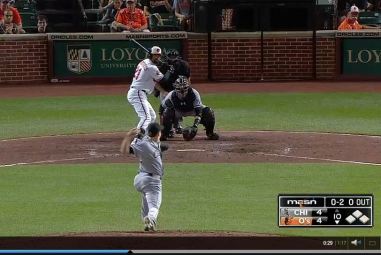 And, that was just in June.

Or, as Orioles’ Manager Buck Showalter says, “He makes our highlight reel every night.”

Don’t Be a Spectator.  Vote Here.

And, Vote for Nick.

6 thoughts on “Baseball’s Not A Spectator Sport … Vote for Nick!”