Things are different in 2020. They will only get different’er …

Smelly was small enough that he could turn himself sideways and wedge his shoulder between two of the gate’s metal bars. This allowed him to push his cheek so hard into one metal bar that his ear was almost – almost – inside the park.

This was how Smelly, the little neighborhood kid, listened to baseball.

But, Smelly had the runniest nose in the neighborhood. He was constantly sniffling and snorting and wiping snot into the elbow of his shirt sleeves.

One day, on one of Smelly’s particularly snorty-snotty-runny-nose days, a no-good kid from another block said to him, “You’re a disgusting snothead.”

“I’m not a snothead,” Smelly replied. “I am smelling.” And, he took a long and deep and wet snotty-snorty inhale in the other kid’s direction. “And, I smell you.  And, you stink.”

From that point on, he became Smelly, which was, everyone agreed, a much better name than Snothead.

Smelly would always show up at Baltimore’s Camden Union ballpark on game day early. It was just six blocks away from Smelly’s house, he could run it in five minutes. (Unless he stopped for a bomb pop, which was worth the detour.)

Daytime games saved the teams money; no need to turn on expensive lights. The game would be broadcast at night or whenever someone called it up on their “HV” Home Viewer. There were no announcers, just trails of information running continually at the bottom of the screen. No one cared that the games weren’t aired live. It didn’t matter.

It mattered to Smelly.

Two o’clock game? Smelly was there at the left-field gate by noon. 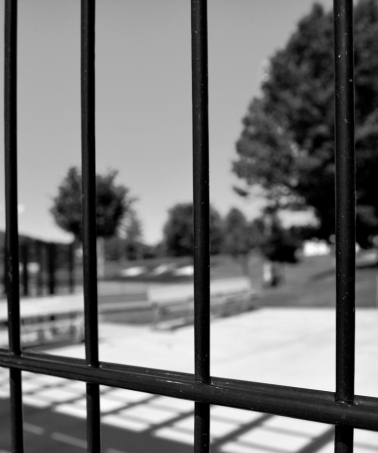 Smelly knew most of them.

Most diseases these days had found ways to outsmart cotton masks, but things weren’t as bad as mothers remembered they had been back when they were young.

Most of the kids stuffed their masks into their pockets as soon as they were out of their parents’ sight.  By the second inning, every mask had disappeared.

Smelly didn’t even bother to keep one in his pocket. A mask filling up with small-boy snot? No thank you, Smelly would say. He would cram his mask deep into the boxwood at his front door as soon as he left the house.

Potatoface. Squeak. Monkey Chop. Wiggles. And, Pete The Girl, who always came with her grandfather’s leather glove, and knew more about baseball than any of them. Even more than Smelly.

Smelly, by virtue of his early arrival and his ability to press his ear farther into the park than anyone else, could hear some of what was going on with the game.

He couldn’t see over the fencing inside the gate, but he could hear the chatter of players, the sound of the ball thwupping into a glove. He could tell a foul from a hit, an infield single from a hard double down the line.

Ballparks no longer needed space for bleachers, seats, or luxury boxes, although there was a narrow marked-off area behind centerfield where fans, on a few special days each season, would be allowed to stand in a long neatly spaced row and watch. With all that space saved, Smelly’s ear was much closer to the game than you would think.

What Smelly couldn’t hear, he would make up.

“Single,” he would report to the other kids. “Up the middle.” He would shush them sometimes if they were talking too loud. “I’m listening.” He could get snippy, but the other kids would quiet down.

The kids didn’t need Smelly to tell them about the sky-high pop flies that sailed straight into the air. They could see those. And, they could watch the home runs to left that would often sail over their heads and into the street.

Those home runs would create a mad scramble of kids chasing after the ball.

Not Smelly. He wasn’t about to give up his premier “listening post.”

Smelly was their Ernie Harwell. Their Jon Miller. Their Red Barber. Their Vin Scully. Smelly has never heard of any of those long-ago people who got to actually see the games and report on every play. But, that’s who he was to the kids gathered by the left field gate.

Smelly wasn’t always right about what was happening in the game. It didn’t matter. It was close enough and Smelly knew enough about the game that he could follow it along pretty well. Sometimes his report was much better than what was going on inside anyway.

Photo by Anthony on Pexels.com

He carried a handful of marbles, and if his home team scored he put a marble in his right pocket. If the other team scored, a marble in the left. That way he wouldn’t lose track.

Today’s game had gone on for hours. It was a hot day and the game was dragging. At one point, both teams took a 10-minute break that seemed endless to the kids by the gate. It was nearly six o’clock.

Both teams, Smelly’s Orioles and the visiting Red Sox, weren’t the best teams in the Eastern League this season, but they weren’t the worst either. Nobody was worse than the Yankees.

Two men on. Two men out for the Red Sox. And by the count of Smelly’s marbles, the game was tied, three-to-three.

It was the top of the ninth. He was sure of that.

That’s what Smelly thought was going on.

(As it happened, Smelly was mostly right. Portman was pitching. But, he hadn’t argued to stay in. Smithy, the Orioles manager, had gone out to the mound to tell Portman he had to stay in. Frank Chester, their closer, had a tired arm and Smithy couldn’t risk Chester’s arm going completely dead so late in the season. “Get this last out,” Smithy told Portman, “And, we’ll win this game.”)

“Johnson is up,” Smelly said. It had to be David “Sandwich” Johnson, the big Red Sox slugger. He’d already hit one home run today. That was hours ago.

“Foul!” Smelly said when he heard the ball crack against the bat. Then, quiet. Then …

“Foul!” Smelly cried again and he waved his hand to shush Squeak and Monkey Chop who were jumping up and down and calling Johnson, who nobody in Baltimore liked, a variety of bad names.

“Foul!” Smelly yelled. Again, he knew it wasn’t a hit. It didn’t sound like a hit. He knew if Johnson kept fouling off pitches he would wear Portman down. Portman could eat up a few innings, but five … five innings? Smelly knew there wasn’t much left in Portman.

Then, Smelly heard the ball hit the glove. Thwup.

Smelly knew that Portman was empty. It had to be Portman. Why was he still out there? Smelly didn’t know about Chester’s tired arm. He only knew that David “Sandwich” Johnson was about to hit a big one … the kind of smash that would send the ball far out over their heads. Smelly hated Johnson. Everybody hated Johnson.

Her grandfather had picked her to have his glove, not her brother. Her. It was the glove that took the Orioles to World Series victories decades ago. The glove her grandfather, a first baseman, had worn when, after 15 good seasons, all in Baltimore, he ended his career by catching the last out, a lazy pop foul, in a game that won the Orioles a World Series, their third with her grandfather playing first. Decades later there hadn’t been another.

She carried the glove nearly everywhere. And, she was sure it was lucky. She squeezed it against her chest and held her breath.

Smelly felt the snot starting to slide toward the end of his nose, but he couldn’t move his hand to wipe it off. He couldn’t move anything. He wiggled his nose and inhaled hard. He had to strain his ear so that he could hear the pitch.

It was taking forever.

“Strike three!” Smelly yelled, but he didn’t need to.

The umpire, who was tired of crouching behind the catcher in the heat for the past four hours, had shouted with relief that the inning was finally over. You could hear him a block away.

The kids were all yelling now. “Strike three!”

And, then Monkey Chop started chanting, “Port! Man! Port! Man!” and they all joined in. Even Smelly.

They didn’t know it, but their chant was so loud that Portman heard it, too. And, when he got to the dugout, Rufus Rodriguez, the left fielder, elbowed Portman and nodded toward the out-of-sight left field gate. The chant was floating across the field like a summer cloud. The players would hear it sometimes during games, the sound of the kids.

As it turned out, Smithy was right about winning the game.

Rufus Rodriguez was up. Rodriguez was batting .311 this season, leading the league in doubles – his best season yet – and it took only two pitches before he smacked one out over the right fielder’s head and just over the fence.

The kids couldn’t see the ball come over the fence in right field. But, Smelly heard it land.

He knew before he heard the whoops from the home dugout. He knew as soon as the ball hit the bat and made that sharp crack that sounded like a tree trunk had just been split open by lightening. He knew.

“Home run! Home run!” Smelly yelled, pulling his shoulder out of the gate, turning to the other kids, and throwing his arms in the air. “Bankwitz hit a home run! We win!”

It wasn’t Bankwitz, but really, does it matter?

“Bank! Witz! Bank! Witz!” they all chanted, which Rodriguez heard as he trotted around second and, to be honest, it sort of annoyed him.

Smelly pulled the hem of his tee-shirt up and wiped his nose.

While the other kids jumped around, Pete The Girl walked over to Smelly, tapped him with her grandfather’s glove, and whispered so no one else could hear. “Rodriguez.”

“Rufus Rodriguez hit the home run. He’s a lefty. He pulled it to right. He was at bat.”

She wasn’t obnoxious at all about knowing this. That’s why Smelly liked her.

And, Pete The Girl smiled and tucked her grandfather’s lucky glove – her glove – under her arm.

Monkey Chop and Squeak were still there, but Wiggles was already gone.

Monkey Chop, Squeak, and Pete The Girl stopped and looked at Smelly.

Smelly started to turn, but then he stopped. He wiped his nose with his arm and turned back to the kids. The best kids.

And, he headed home.

13 thoughts on “Chapter One: Smelly”